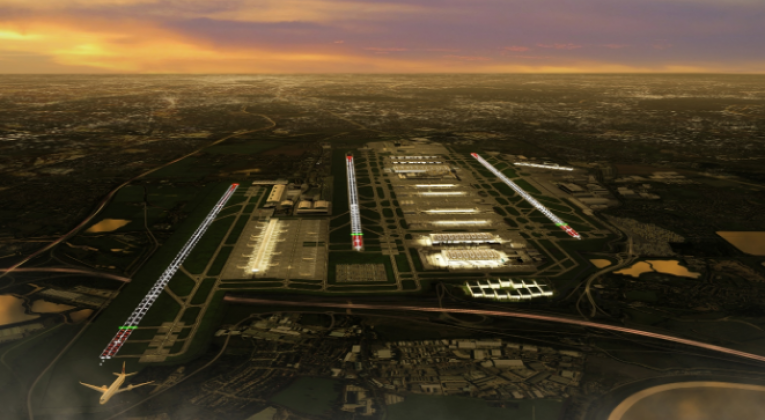 I wrote a little earlier about the latest news from Westminster, which suggested very strongly that the Government is planning on publicly backing Heathrow expansion next week –  but will heathrow expansion ever actually happen?

Well, it’s tricky to be certain, but my instinct is that it probably won’t.

The Prime Minister made it clear today that there won’t even be an actual vote in Parliament for at least another year, so let’s just say that there doesn’t seem to be a tremendous sense of urgency…

The first set of difficulties can be more or less grouped together as ‘political difficulties’, and I’ll focus on some of those for now  – not least because it’s the area I can, perhaps, offer a little bit of genuine insight into, but also because they are the first set of hurdles that need to be jumped in any case.

One of these political difficulties is what happens if senior members of the Government refuse to fall into line when the time comes, and instead continue to oppose Heathrow expansion beyond the scheduled ‘window of discontent’ that was also announced earlier .

Boris Johnson, for example, probably isn’t even entirely sure himself yet what he’s going to do, but if I was Theresa May I’d do almost anything to keep him onside and away from plotting on the backbenches. One Cabinet level resignation (even from someone as high profile as Boris) can probably be survived easily enough, but a larger front bench rebellion would leave the new PM seriously weakened – and Boris just might be the person to lead it.

There will be a very messy by-election in Richmond Park. Incumbent (and former Conservative Party London Mayoral candidate) Zac Goldsmith has reiterated again this week that he intends to resign the Conservative whip and trigger a by-election if the Government supports the expansion of Heathrow. A by-election triggered by a backbencher might not sound that bad, but Zac isn’t just any backbencher. His campaign to become Mayor of London (although a pretty poor campaign) gave his profile a boost and he is extremely popular in his constituency.

Goldsmith starts the race as the clear favourite in my view. Despite running as an independent candidate, he has the backing of his constituency Conservative Party and active support from neighbouring Conservative MPs. He also currently has a massive 23,000 majority, which must have something to do with his own personal support rather than a deep love for the Conservative Party in Richmond Park – a constituency held by the Liberal Democrats between 1997 and 2010. I can actually see the official Conservative candidate potentially finishing third, behind Goldsmith and the Lib Dems (who also oppose Heathrow expansion, and already have a candidate / campaign infrastructure ready).

If Goldsmith did win, it wouldn’t be a mere embarrassment for the Government – it would provide anti-expansion campaigners with a powerful figurehead in Parliament, sticking the boot in at every opportunity and constantly stirring up trouble amongst his former colleagues in the Conservative Party.

Which leads me to the third, and most significant, of the political difficulties – does the PM have the numbers in Parliament to win a vote on this?

As regards the House of Commons, I honestly don’t know. There’s an awful lot of rumour and counter-rumour around at the moment, with some pro Heathrow expansion sources claiming the vote will be a “slam dunk”, but it’s noteworthy that more level-headed people in Westminster are taking a noticeably more cautious line. Presumably May wouldn’t push this forward unless she thought she had the votes sewn up, but PMs often misunderstand the mood of their Party and my own ‘back of a cornflake packet’ calculation suggests it could become a real struggle.

The Government has a very slim working majority, so if all the opposition parties vote against them, there only needs to be a handful of rebels on their own side to lose a vote.

I can see up to about 60 Tory MPs rebelling on this, and perhaps even more if a free vote is granted – but rebels do often ultimately fall into line when the time comes (even on notional ‘free’ votes!). On the other hand, if the rebels get organised and gain the momentum within the Party, then all hell could break loose.

There are plenty of former ‘big beasts’ currently relegated to the backbenches (and indeed some still on the front bench) who don’t necessarily have Theresa May’s best interests at heart… They may decide that Heathrow expansion is a good issue with which to undermine her authority within the Party.

A year from now, the May Government could be in serious trouble with both Brexit and the Economy potentially causing massive headaches. You might think that because the Labour Party is so weak at the moment, the Prime Minister has very little to fear – but that’s not how it works. Weak opposition from the official Opposition, simply emboldens opposition within the Conservative Party itself, as those who think they could do a better job than the current PM don’t feel bound by an electoral imperative to be loyal.

Theresa May is quite popular right now both within her Party and in the country, but she has never been loved by either. As an unelected PM who won the party leadership essentially uncontested, she could quickly find herself with very few friends if something goes wrong (and something always goes wrong eventually).

Even if Tory rebel numbers end up being far less than 60, the question of Heathrow expansion is still likely to be effectively settled by Labour and SNP votes.

The SNP sound broadly supportive of any type of airport expansion (as long as Scottish routes get some good slots), but if there was a real opportunity to damage the Government and undermine the Prime Minister, would they seriously turn it down? I very much doubt it.

Whatever happens, the SNPs 56 MPs are highly disciplined and will likely vote as a single block (which means they could withdraw support in a flash if their leadership decided to do so) – Theresa May would be an absolute fool to rely on their support.

Labour’s position is more complex – ok, that’s the polite way of saying it’s a chaotic shambles.  The core Party leadership duo of Jeremy Corbyn and John McDonnell are strongly opposed to Heathrow expansion (particularly McDonnell), but many senior MPs, not least the Shadow Transport Secretary Andy McDonald, are openly pro-expansion. Yep, you read that right – it’s ‘The New Politics’, or something…

The split cuts across pro-Corbyn and anti-Corbyn lines too (for instance, the Mayor of London, Sadiq Khan, is no friend of Jeremy Corbyn but is anti Heathrow expansion), so it’s very difficult to predict how the numbers would work out in the end.

It’s also worth bearing in mind that the one thing that all Labour MPs seem able to agree on these days is that they should be “taking the fight to the Tories” – if they smell blood, the urge to give the Government a kicking and undermine the PM by joining forces with Tory rebels may prove overwhelming.

I think there’s actually a pretty clear majority in the Commons for Heathrow expansion at the moment, but when it comes to an actual vote I wouldn’t be at all surprised to see tactical considerations by Labour and the SNP lead to a Government defeat – that’s politics!

Even if the Government did get a vote past the Commons, the House of Lords could also prove to be a substantial obstacle. There are still a lot of Liberal Democrat Peers there (who are strongly opposed), and the fact that Heathrow expansion wasn’t in the Conservative 2015 General Election Manifesto means that the Salisbury Convention doesn’t apply. At the very least, a sufficiently motivated group of Peers could delay things and waste a lot of Government time when there might be more pressing matters requiring attention.

Airport capacity expansion sounds like a no-brainer, but it’s a political minefield. Gatwick expansion would face all the same political challenges as Heathrow in my view (as would pretty much anything else). It can be done, but would require a real sense of focus, energy and commitment to push things through and make it happen.

The amount of Government time and energy required, and the bad blood that this fight would cause within the Conservative Party, will probably be enough to force a climbdown even if the Government believes they do have sufficient numbers to win a vote in the House of Commons. If the numbers look at all uncertain, the Government will not bring the issue to a vote – it would be far too embarrassing to risk losing.

I’ve just focused on (some) of the parliamentary difficulties here, I’ve not even mentioned the various legal challenges, judicial reviews, potential EU rulings (remember we haven’t left yet!); or the protests – people who don’t want to see Heathrow expand could make life hell for travellers for years if they really wanted to; or the practical difficulties – compulsory purchase nightmares, standard big infrastructure risks of over budget and over time, private investment collapsing in a pile of debt and half finished work etc (check out the sorry tale of Berlin Brandenburg Airport for some tips on how not to do this sort of thing!).

As the great Sir Humphrey Appleby might put it, it would require an extremely “courageous” Prime Minister to really drive through significant airport expansion!