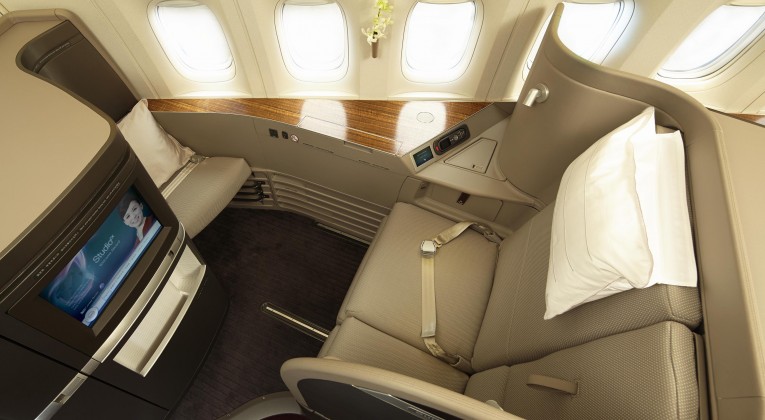 Alaska Airlines Mileage Plan is currently offering a bonus of up to 50% when purchasing Miles, which opens up the possibility of some absolutely cracking value Business/First Class flights!

Because Alaska has a great award chart(s), and doesn’t charge surcharges for flights on most partners (BA and Icelandair are the exceptions).

It is also (usually) possible to get a free stopover even on one-way redemptions, which is incredible!

Alaska is a bit weird as it isn’t in one of the main airline alliances and partner with a unique range of airlines instead. This means that rather than having one award chart, they charge different amounts of Miles for the same routes depending on which partner airline you want to fly on.

For me, the standout values are with Cathay Pacific and American Airlines.

As you can see below, you only need 42,500 Mileage Plan Miles to fly one-way in Business Class on Cathay Pacific between Europe and Hong Kong. To book those same flights with Avios, BA would charge 90,000!

Alaska’s award chart for flying on American Airlines is basically the same as the old (very good) American award chart. You can fly between Europe and North America (including Alaska, Mexico, Canada, and even Hawaii!) for just 20,000 one-way in Economy (off peak) and 50,000 one-way in Business Class.

If you’re feeling more adventurous and planning a big ‘around the world’ style trip, Alaska Miles are even more valuable. You can have a play around with the various award charts yourself to see what you can find, but one of the very best redemptions I know of is 70,000 Miles one-way for Cathay Pacific First Class from North America to Africa with a stopover in Hong Kong for as long as you like!

The level of discount seems to be targeted, but my offer showed the following:

For most types of Miles I would say that is too expensive, but if you use Alaska Miles to their best advantage that could be a fantastic price.

Let’s have another quick look at that North America to Africa deal I just mentioned.