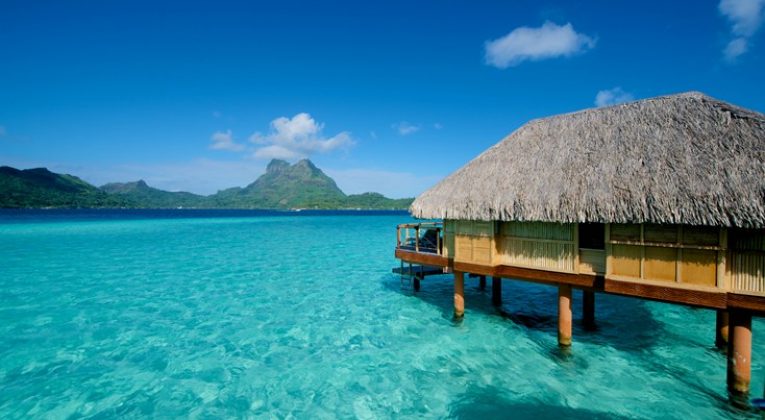 Mattress running is when you stay at a hotel with the primary purpose of earning hotel points/free stays through a promotion, or in order to gain/regain Elite Status, rather than because you actually really want or need to stay.

It may sound like a slightly eccentric way to spend your time, but the benefits can be substantial!

With the major hotel loyalty programmes (IHG, Hilton, Marriott etc), mattress running is only usually worth considering when there is a big promotion on, which means that the Points you earn are worth significantly more than the cost of the stays you need to make in order to earn them.

With some of IHG’s promotions over the last couple of years, it has been easy to earn enough Points (or a free night certificate) to stay at any of their hotels for ~ £100.00 (sometimes even less). When you consider that some IHG hotels, mainly Intercontinentals in expensive cities, regularly charge £300.00+ per night, mattress running begins to look a little less eccentric.

It’s obviously even better value if you can arrange your stays at cheap places where you actually want to stay! I much prefer to hit my IHG promotion targets at what I consider to be one of the best value hotels in the world while enjoying some winter sun, rather than my local Holiday Inn Express, but have been known to do both!

If you do not actually want to stay, you don’t have to – but you do need to check in!

If I’m not staying, I tend to still go up to the room and have a cup of tea and make the room look like it has been used, though whether this is strictly necessary is debatable.

Don’t check-out, if you’re not staying. There’s no need to (it’s not like there’s going to be anything on your bill! + they have your details anyway), and it’s just going to cause unnecessary hassle. If that makes you uncomfortable, you could always ring in the morning saying that you had left in a rush, and ask them to email you the folio.

Both programmes offer one free night at any of their hotels for every five stays booked through the programme website, and qualifying stays can be just one night. They both also insist that “At least two hotels must be represented in your five stays“.

When I read this, my travel hacking sense began to tingle!

Think about it – if one of the major chains had a constant offer like that, everyone would think it was great. If five nights at a Hampton by Hilton for instance, could get you a free night at the Conrad Rangali Island, all the time, that would be amazing!

Even when the major programmes do sometimes have offers like that, they are generally more complex, time limited and certainly not for as many free nights as you like.

Also, although the major programmes represent lots of very nice hotels, they don’t tend to have very many truly special ones to redeem your hard-earned Points/Free Nights at – but LHW and SLH do!

As I’ve written about before, luxury hotels from the big chains – like the Intercontinental Park Lane – are great, but I’d still much rather stay at places like The Langham or The Ritz  (both LHW hotels) in London, if given a choice.

It’s not surprising that while LHW and SLH have lots of stunning (and stunningly expensive!) hotels to redeem free nights at, they have fewer cheap hotels to earn the free nights from.

That’s one of the reasons why I call this ‘luxury’ mattress running – it’s still going to end up quite expensive. Unless you happen to be fairly well-heeled, it’s more suited to making incredible honeymoons or other very special occasions more affordable, than for normal holidays.

The other reason is that even the cheaper hotels that you would be doing the mattress running at are usually still very good, so I see it more as a way of enjoying nice breaks at good hotels – at the same time as earning free nights to use at ridiculously luxurious hotels – rather than as pure mattress runs.

Remember that signing up for the free status with both LHW and SLH gets you an upgrade and complimentary breakfast etc on all of your stays too, so the earning side shouldn’t feel too arduous!

Let’s look at ‘Leading Hotels of the World’ first:

The cheapest LHW option in the UK is definitely The Lowry Hotel in Manchester (which is actually excellent!). Sunday nights are regularly ~£100.00, and rates go as low as ~ £60.00 in Winter.

Elsewhere in Europe, there are a few options around the £100.00 mark for Winter dates in France, Germany and Spain – like the Hotel Palace in Berlin or Hotel Las Arenas Balneario in Valencia.

Further afield, the Majestic Hotel in Kuala Lumpur for ~ £65.00 looks like a decent option too.

If you were trying to keep costs to a bare minimum then, you could do four separate one-night stays in Manchester for about £250.00, and another one-night stay somewhere in Europe for approximately £100.00, so £350.00 in total.

£350.00 just to earn a free night at a hotel sounds like a lot of money (and I’ve explained that I wouldn’t actually do this as a pure mattress run personally!), but let’s take a look at the sort of places you can use that free night.

Most of the London hotels (Milestone, Cafe Royal, Landmark, Ritz, Langham etc) but especially Rocco Forte Brown’s, can charge well over £400.00 depending on the day of the week and time of year.

The offering in the USA is quite varied and highly seasonal – hotels like the Wheatleigh in Massachusetts regularly have rates over £600.00, while the Fisher Island Resort in Florida can be as high as £1,000 in the winter months. The Skylofts at the MGM Grand in Las Vegas can be absurdly expensive at weekends too.

Some of the highest rates I saw were in Italy over the Summer Holidays, where hotels in popular destinations could charge as much as £1,500 per night!

Fantastic looking hotels in classic honeymoon spots like the Maldives, Seychelles and Mauritius charge north of £1,000 much of the year.

Finally, Laucala Island (Fiji) might well be the best resort in the world, and if you can find availability, let’s just say that £350.00 would be an extremely good price to have paid…

Small Luxury Hotels of the World

The pick of the crop from a UK perspective is undoubtedly the Leopold Hotel in Sheffield, where rates can be as low as £50.00!

There are plenty of options off-season in Europe at ~ £100.00, with a few great choices in Spain like the Gran Derby Suites, Hotel Cram and The Mirror in Barcelona which can all be booked for £55.00-70.00.

SLH’s expensive  hotels are generally not quite as spectacular (at least in price!) as LHW’s, but there are plenty of beautiful places to stay in the £300-600 range all over the world.

What really stood out to me though were some of SLH’s New Zealand hotels. The Eagle’s Nest overlooking the Bay of Islands, Blanket Bay near Queenstown, and Solitaire Lodge in Rotorua all look absolutely stunning and have prices to match! (£800.00+).

I’m not suggesting that this sort of mattress running would be sensible for most people (though for very special occasions, I can imagine circumstances where it might be worth considering).

What I’m really trying to point out here is the potential value that can be gained from these lesser known loyalty programmes.

If your travel pattern is anything like mine and includes quite a lot of short 1-2 night stays, I would definitely recommend checking to see if LHW or SLH have any reasonably priced hotels that suit your travel plans.

I know I will be from now on!

Can anyone find any cheaper LHW/SLH hotels to mattress run at, and what do you think the best places to redeem free nights at are? I’ve only scratched the surface!