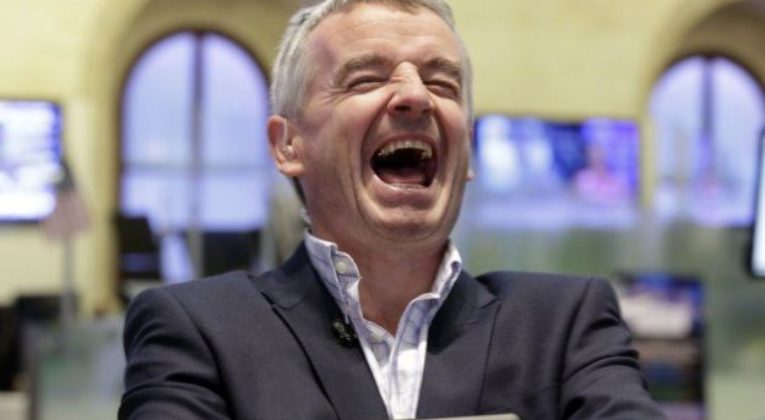 It’s no secret here at InsideFlyer Towers that I’m generally much more enthusiastic about Ryanair (and other low cost carriers) than some of my esteemed colleagues (ahem, Craig!). Even my patience was stretched this week though by Ryanair’s bizarre cancellation screw-up and the subsequent PR response.

For years, Ryanair was genuinely improving the passenger experience through it’s ‘Always Getting Better’ programme – and the changes were, quite literally, paying dividends. Ryanair’s growth is legendary, but perhaps less well-known is that Ryanair is also highly profitable. Treating passengers better helped generate bigger profits, which sounds like a win:win to me.

Another thing that Ryanair has usually done extremely well is PR and marketing. Obviously not every story in the press was positive, but Ryanair almost always found a way to spin 2 key messages: they’re cheap, and they’ll get you there.

Given the success of ‘Always Getting Better’ and the usually deft PR touch, Ryanair’s current cancellation fiasco is genuinely difficult to understand. The official line on what has happened and why is as follows,

“We have operated a record schedule (and traffic numbers) during the peak summer months of July and August but must now allocate annual leave to pilots and cabin crew in September and October (while still running the bulk of our summer schedule).  This increased leave at a time of ATC capacity delays and strikes, has severely reduced our on-time performance over the past two weeks to under 80%.  By cancelling less than 2% of our flying programme over the next six weeks, (until our winter schedule starts in early November) we can improve the operational resilience of our schedules and restore punctuality to our annualised target of 90%”.

That’s the sort of absurd double-speak I usually expect from the British Airways PR team (sorry guys!). You just can’t tell passengers you’re cancelling their flight in order to “improve punctuality”, particularly if the cancellation ends up up stranding them for days… 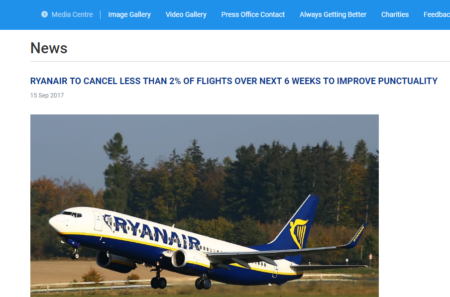 Well, you can tell them that I suppose, but I’d only recommend doing so if you happen to enjoy vitriol and extremely hollow laughter.

All of which brings me back to the main question I wanted to ask – is Ryanair slipping?

The full list of cancellations has now been published, but getting it was like pulling teeth. At one point, passengers due to fly in just a few days still hadn’t been given any confirmation as to whether their flight was cancelled or not, which led to understandable confusion, worry, and not a little fury too.

This certainly isn’t the first time in recent months where Ryanair has managed to compound issues by treating passengers like idiots either:

Get it together Ryanair! – you’re making it pretty hard to argue against the naysayers right now.

Small mercies, but at least Michael O’Leary has so far managed to resist the urge to put on a high-visibility jacket… 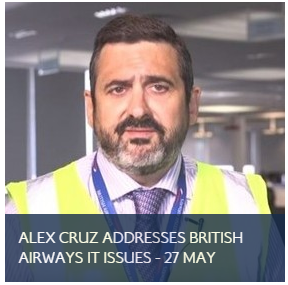