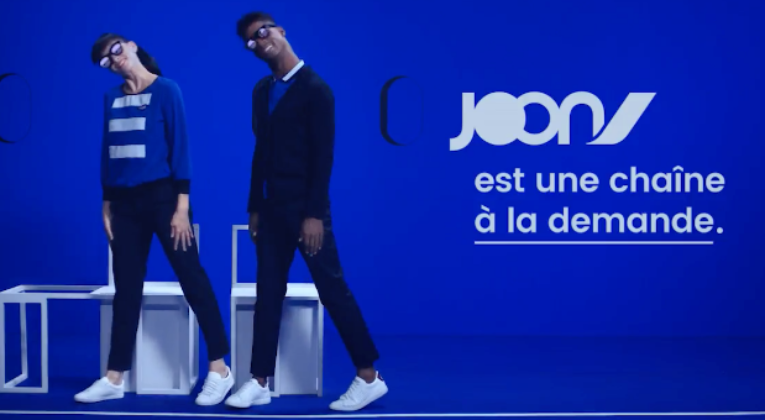 If you’ve managed to completely avoid new Air France spin-off ‘Joon’ so far, I’m sorry for taking that state of peaceful bliss away from you. I’ve thought long and hard about whether Joon is really as bad as it seems at first glance – and the conclusion I’ve reached is that, if anything, it’s even worse when you think about it.

In its own words,

“Joon is especially aimed at a young working clientele, the millennials (18 to 35 year-olds), whose lifestyles revolve around digital technology. This new brand has been entirely designed to meet their requirements and aspirations, with an authentic and connected offering that stands out in the world of air transport.

Joon is a lifestyle brand and a state of mind. Short, punchy and international, the name Joon is designed to address a worldwide audience.

Its visual identity is based on an electric blue colour code symbolizing the airline’s dynamic attitude, as well as the sky, space and travel. The uniform of Joon’s flight attendants will be inspired by the new fashion codes, basic and chic.”

In reality, Joon is an airline. I’m not sure if they got round to mentioning that…

More specifically, Joon is an Air France subsidiary that is slated to be flying from Paris to Berlin, Barcelona, Lisbon and Porto from December this year, and to Fortaleza in Brazil and the Seychelles from Spring 2018.

Most importantly, it is horrible.

Why is Joon so bad?

I read a lot of press releases these days from large travel companies and there’s often a pretty cringe-inducing paragraph or two about how they’re “super-authentic”, “hyper-connected”, “ultra-sustainable”, etc, etc.

Most of the travel industry is extremely excited about ‘Millennials’ (or thinks they need to pretend to be anyway), but very few of the big players seem to have a clear understanding of what that really means, or how to genuinely appeal to their professed target market. (In case you’re not sure, Millennials are usually defined as being people between the ages of, roughly, 18 and 35. A fairly diverse group in reality, like any other, I would suggest…).

Ordinarily, this isn’t a big deal – it gives the marketing people something to do for a while, the dafter ideas get dropped pretty quick, and no real harm is done.

The problem with Joon is that it seems that the people right at the top haven’t just listened too much to what the marketing ‘gurus’ told them; they’ve given them free rein to develop the entire airline/state of mind/lifestyle/gibberish.

Fundamentally, the vast majority of people ‘just’ want convenient, reliable, safe, good value, comfortable airlines with friendly and professional crews – it really doesn’t matter whether you’re 15 or 105. Style can help differentiate of course (ironically, something I think Air France itself actually does quite well!), if you’re judging between two otherwise similar options. For the most part though, it’s schedule and cost that matter.

Millennials really don’t need to be a bunch of super-savvy, ultra-connected people to spot that Joon is a patronising, quarter-baked, flop. Young and old can spot that a mile off.

I’m still half hoping that Joon is an elaborate wheeze and that I’ve merely (if embarrassingly) missed the joke. I frequently lambast the amateurish PR spin from airlines like Ryanair and BA which treats customers as if they have no critical faculties whatsoever, but this is on another level.

I reluctantly concede that Joon probably is real, but I suggest we all just pretend that it’s actually a ‘Perfect Curve’ creation, soon to be announced in the current series of W1A. Maybe it will go away.