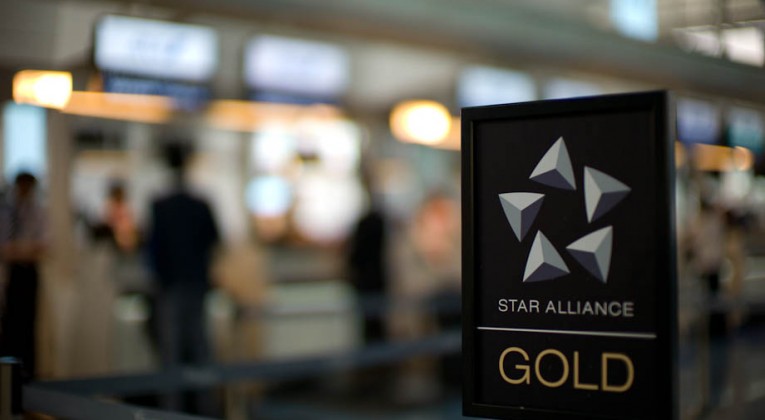 It came out almost 15 years ago, but I’m sure that a few avgeeks still enjoy watching the Tom Hanks’ movie “The Terminal”, where the protagonist is stuck inside an airport and is unable to leave. Most of the time, these situations are due to visa issues. But as a dual national – where both nationalities happen to be included in the “top 10 most powerful passports” list – this isn’t something I tend to worry about. Russia –> everybody knows that visas are close to obligatory… Know the rules for short stays in China –> most definitely… Pick the best passport for the country to be entered –> I do my research ahead of time. But I was recently caught out and thought it might be a fun story to share…

A few months ago, Joe convinced me of the travel hacking possibilities of United Airlines Mileage Plus. Specifically… the chance to receive a completely free “intra-region” flight as an “Excursionist perk”. The perfect opportunity came my way. I needed to get from Busan, South Korea to Shanghai in China. Avios would be close to worthless for this itinerary – I would have to backtrack via Tokyo or Hong Kong. And due to the nuances of China’s transit visa on arrival – read this post for further details – I needed a direct flight into Shanghai from a foreign country. United offered me two options via Seoul’s Incheon airport on Star Alliance partner Asiana Airlines. Which one would you choose? 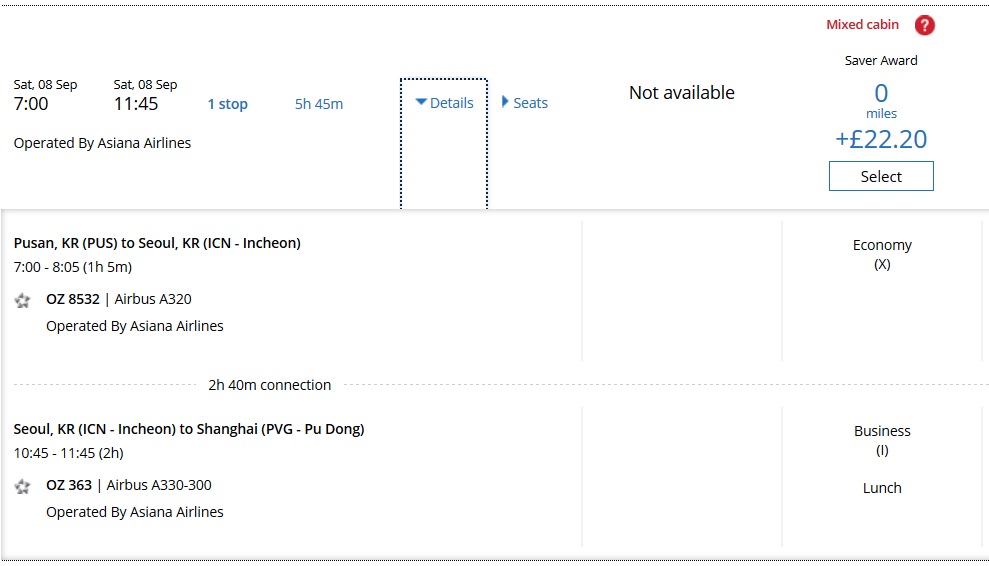 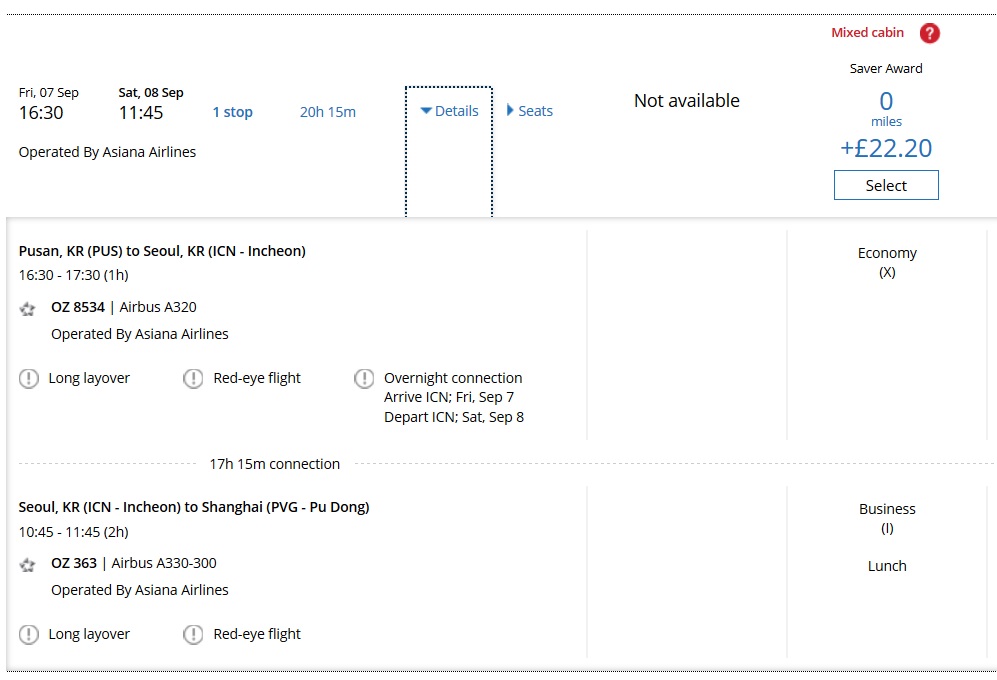 For me it was pretty simple. Skip the stupid o’clock wake up call and rushed taxi to the airport. Exchange it for leisurely late check-out, public transit to the airport and a short flight up to Seoul, where I could stay at a decent Grand Hyatt near Incheon airport. After all, I would have to spend the night in a hotel either way, whether it was one extra night in Busan or one night near Incheon. So I booked Option 2.

Once I was in Busan, I spent a few minutes to research my next stop – specifically which terminal I would be using at Incheon airport – in order to find out the shuttle bus times to the Grand Hyatt. But then I stumbled across this…

Hmmm… so what… there are many flights that you cannot purchase on a stand-alone basis but are free to fly anyhow as part of a more complicated itinerary. But I decided to call Asiana to be sure…  I posed the question “will I be able to leave the airport to sleep at a nearby hotel?” The agent put me on hold whilst she consulted internally. After a few minutes she came back on the line and said “no sir, you will not be allowed to exit Incheon airport. Incheon has no domestic flight facilities.” (something I didn’t know or expect) I asked her again “but what if I go through passport control again in Incheon”. She seemed slightly less sure of herself but definitely understood my query because she made sure that I understood that “you need to depart from the international terminal at Busan and clear departure immigration there. You will de-plane at Incheon direct into the departures lounge.”

What to do…  I thought about calling United MileagePlus to see what they could do. After all, their website booking process makes no mention of being stuck inside Incheon airport for 17 hours. But Asiana doesn’t actually fly from Busan to Seoul’s domestic airport at Gimpo, so a straightforward flight change wouldn’t work – even if I were willing to pay a change fee and to pay for the train from Gimpo out to Incheon. And there was no award space for a direct flight to Shanghai.

No-showing crossed my mind. Maybe I could find a better way to Shanghai, or simply go elsewhere for a few days. But this would be the middle leg of my award itinerary, so I would lose the final leg as well.  Best not…

There wasn’t much point in holding on to my reservation at the Grand Hyatt. Perhaps I could track down an Asiana employee willing to bend the rules and escort me through the airport to immigration, but if I failed, it would be well past the cancellation deadline for the hotel. And there would be little hope of my checked luggage joining me, providing one more opportunity for potential disaster. So I cancelled my hotel booking – yet another case that confirms why one should never book prepaid rates. A quick Google search showed that Asiana’s Business Class lounges close overnight – and that also would require a lounge dragon to let me in the day before my flight – but at least I found out that Incheon is considered to be one of the best airports for sleeping. As I was gearing up to spend a night fighting over a bench, I noticed that Incheon airport offers an airside transit hotel. For a mere £100 (more expensive than the Grand Hyatt FWIW!) I could enjoy a single bed cubicle for 12 hours.

Travel hacking in action indeed…  Next time I’ll do a bit more research before booking an overnight layover. Do you have any similar stories about being trapped at the airport?