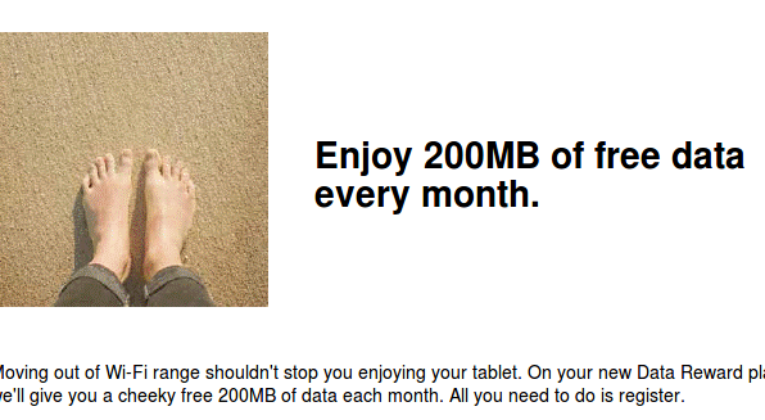 Despite our best attempts to annoy them with Brexit, those nice folks at the European Union have beat up the mobile networks to let us use our phones “like at home” anywhere in Europe. That means that, since mid June, your mobile price plan has magically got better, and your data + texts + calls are now the same price / same inclusive as back home in blightly!

But what about elsewhere in the world, or if you’re on an uber-cheap plan without data? Luckily, 3 comes to the rescue…

Clearly indicating that the marginal cost of mobile data is virtually zero, 3 UK moderately recently launched a new price plan. Amazingly, this comes with 200mb of free data for free every month, covering both 3G and 4G, across a whopping 60 countries!

(If you go beyond your free 200mb, and want to keep using it, you’ll need to top up and pay them some money)

The 60 countries covered are the Three “Feel At Home Countries, which includes USA, Australia, France, Spain, Brazil, Hong Kong and Singapore. The full list, including all the EU countries now covered thanks to our MEPs beating up phone companies for us, is:

Most of the main islands associated with our Feel At Home destinations are covered, including the Balearic Islands, Canary Islands, Corsica, Sardinia and Sicily.

Given how much most UK mobile phone plans charge to roam to places like the USA or Australia, this is an excellent deal, especially at free! 200mb won’t go very far streaming stuff or heavy web browsing, but it’s more than enough for WhatsApp and Google Maps whilst travelling, for example.

Personally, I have my Three Data Reward sim normally in a dual-sim phone, and I use it until the free data runs out, then switch to another sim. I gather their business model assumes you’re not that organised… But for me it works well, and could do you too! It’s valid for phones, tablets, and mifi hotspot devides.

If you want to get one of these truely free sims with free data, you need to head to https://www.three.co.uk/Free_SIM_MBB/Order and fill out the form. A few days later, when the sim arrives, pop it in your phone/tablet/etc. Make sure you’re on the 3internet APN (and not the three.co.uk one), then send your browser to https://www.three.co.uk/freedata to finish the registration process. A minute or two later, you’ll have your 200mb free per month!

Note that Three reserve the right to get grumpy if you only ever use your sim card abroad, and I’ve actually known a couple of people who’ve had their Feel At Home Roaming turned off because of this. As long as you use the sim in the UK around once a month, you should be fine, but expect grumpy emails if you spend more than a few months abroad with one of these without using it in the UK in the mean time…