Previously, I looked at how you can earn a huge amount of Alaska Mileage Plan Miles by crediting your BA flights to Mileage Plan, rather than sticking with BA Executive Club (BAEC). Alaska Miles are worth substantially more than BA Avios too, so Mileage Plan seems like a great option, but there’s an additional element we need to consider – elite status.

Oddly enough, the most efficient way to get status with BAEC is usually to fly with partner airlines like Qatar Airways that require a stopover (unless you’re actually flying to Doha itself of course!), because of the way BAEC calculates Tier Points based on the number of flights, as well as the distance and class of travel.

We’re concentrating on British Airways flights here though, so let’s use the example from yesterday of Inverness to San Francisco in First Class (currently available in the BA sale for £1,840 return).

If you took a return trip from Inverness to San Francisco (via Heathrow), you would earn a total of 500 TPs – way more than enough for Bronze status and well on the way to Silver.

Complete two of the above returns (or similar) and you’ll get 1,000, easily enough for Silver. 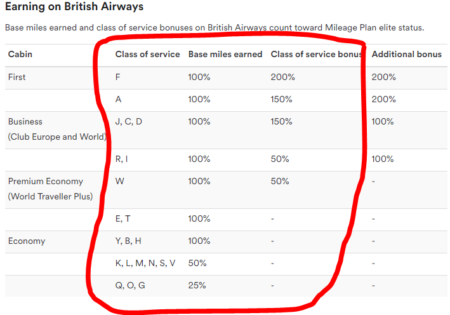 For the Inverness – San Francisco (via Heathrow) example above then (in discounted First Class – fare bucket ‘A), you would earn just over 29,000 elite miles for each roundtrip (GCMap is useful to roughly calculate flight distances), netting you MVP status (25,000 miles) after 1 return.

In other words, earning each status level (in this example at least) requires a pretty similar amount of flying. 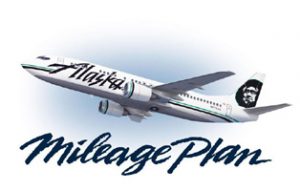 Alaska Mileage Plan has a very generous status matching policy, if you happen to have elite status with a North American carrier. Unfortunately, BAEC isn’t listed as an eligible option to match from, but there’s certainly no harm in firing off a quick email to ask: [email protected]

If you were lucky enough to receive free American AAdvantage elite status this week, matching to Alaska could be a great idea.

Alaska isn’t part of oneworld and therefore doesn’t offer anything like the same Lounge access globally that BAEC elites are used to. That might not be such a big issue though for two reasons:

Given that Alaska offers substantially better earning rates than BAEC for BA flights regardless of status too, a MVP Gold 75K member would earn a, frankly ludicrous,  575% of flown Miles on BA’s cheapest First Class fares. A BA Gold member would earn ‘just’ 350%.

For every mile a BA Gold flies in discount FIrst Class, they earn 3.5 Avios if they credit the flight to BAEC  – worth about 3.5p. A MVP Gold 75k on exactly the same flight, crediting to Alaska, would earn 5.75 Miles per mile flown – worth about 9p.

In value terms, the Alaska member is getting back almost 3 times as much as the BAEC member on these sort of tickets. If you’re flying enough to earn either BAEC Gold or MVP Gold 75k, that’s a value difference that cannot be ignored.

Take a look at the numbers:

If you credited the flights (INV-LHR-SFO/ SFO-LHR-INV) to British Airways Executive Club, a BAEC Gold member would earn about 40,700 Avios. I generally value Avios as being worth 1p each, so that’s ~£470 back.

When you qualify or re-qualify for MVP Gold 75k, you get 50,000 bonus redeemable Miles to spend. If this flight gets you (roughly) a third of the way towards re-qualifying (and you do intend to re-qualify), then it’s reasonable to include the relevant share of the 50,000 bonus Miles into the redeemable earnings from that flight.

Putting it all together (assuming you were an MVP Gold 75k who was going to use the flight to help re-qualify), you could view the flights described above as earning you ~82,800 redeemable Miles, worth ~£1,360.  Compare and contrast that with the BA Gold who would get ~£470 back in value from the same flights.

The difference in the value of the Avios/Miles earned is enormous – and I think you do have to take that into account when comparing the value of earning elite status via BA flights with either programme.

I should point out that there are other benefits to Silver and Gold status with BAEC that I haven’t mentioned here. The value you get from those benefits will depend on your own personal travel pattern, of course, but it could well be worth doing some quick sums to check whether you might be better off crediting BA flights to Alaska.