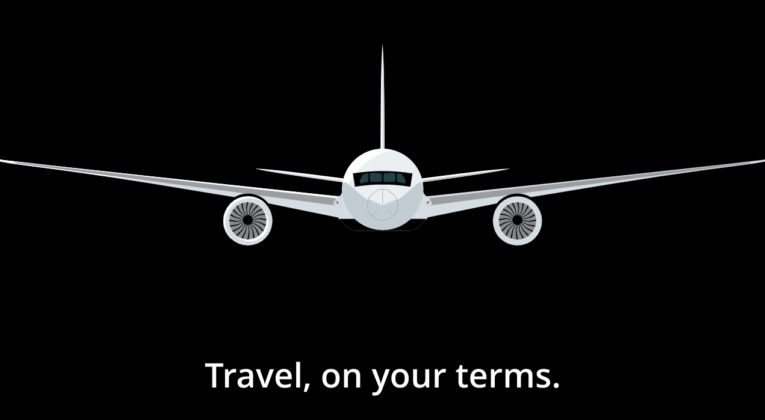 Air Canada has released the details of its newly revamped Aeroplan loyalty programme, which is due to ‘go live’ on 8th November 2020.

There are a variety of innovations and you can read the full details here, but I suspect that what most UK readers are interested in is the new rewards chart.

Before we get to the (slightly confusing) charts though, there are a few key things to be aware of.

The first thing to note is that there will be no surcharges on reward bookings:

“On any Air Canada flight you purchase with points, we have eliminated additional airline surcharges. That could save you hundreds of dollars in cash at checkout. In fact, only taxes and third-party fees (such as airport fees) are listed in cash, and you can use your points to cover those, too.

If you’re booking a flight reward on another airline, there is a flat Partner Booking Fee of just $39 (per ticket) – which you can also cover with points.”

The second is that stopovers will be permitted on one-way bookings for a 5,000 miles surcharge. Up to 6 segments are permitted per one-way and there is no maximum mileage, although significant backtracking will not be allowed.

The third thing is that families of up to 8 people will be able to pool their miles together.

Finally, ‘Points + Cash’ bookings will be possible. According to the ever-excellent Gary Leff over at ViewFromTheWing, the details on that are as follows:

“All awards can be priced as‘points plus cash’ letting you buy up to 40% of the points required for an award. There will be four options every time you redeem, including spending extra points to cover taxes and fees. And the cash cost will be reasonable at 1.5 to 2 cents a point Canadian (about 0.86p – 1.15p per mile)

For miles redemptions, Aeroplan has divided the world into 4 Zones: 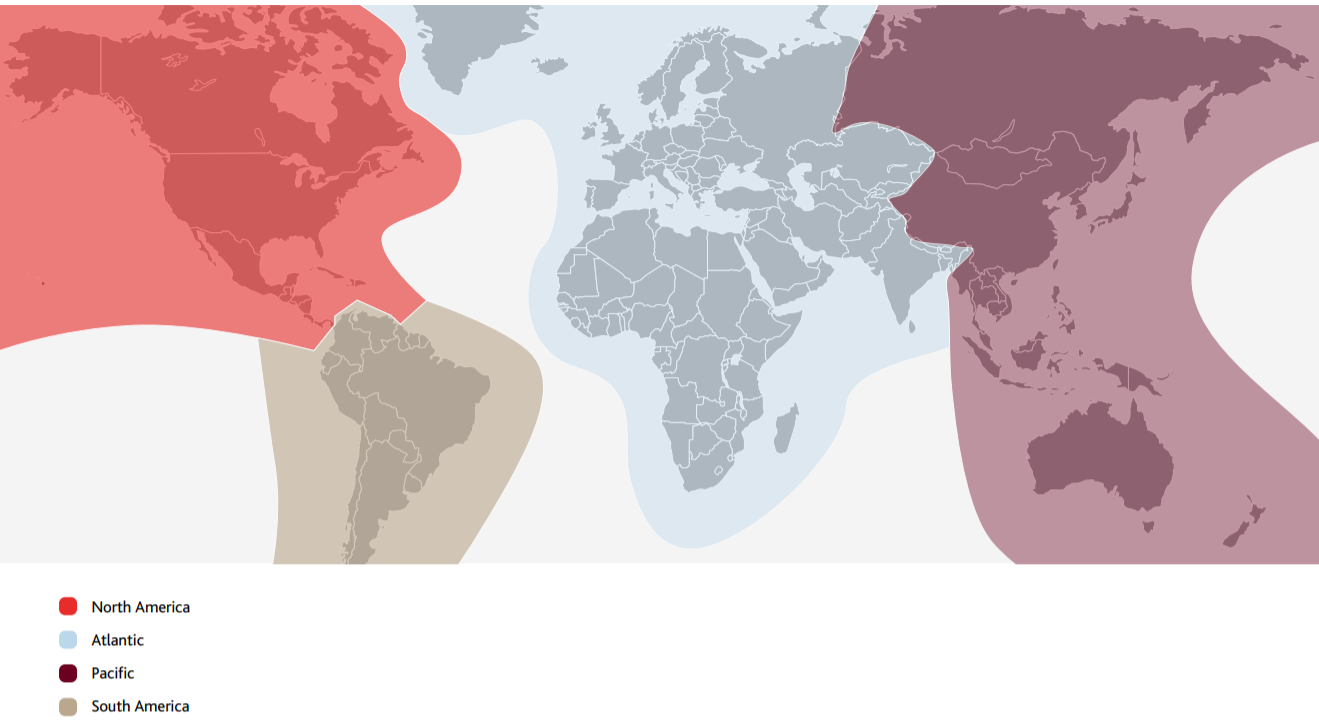 The number of miles required for travel within and between these zones depends on how far you are flying. I have only included the charts involving the Atlantic Zone (which the UK is in) below, but you can find all the charts here. Numbers shown are for one-way redemptions: 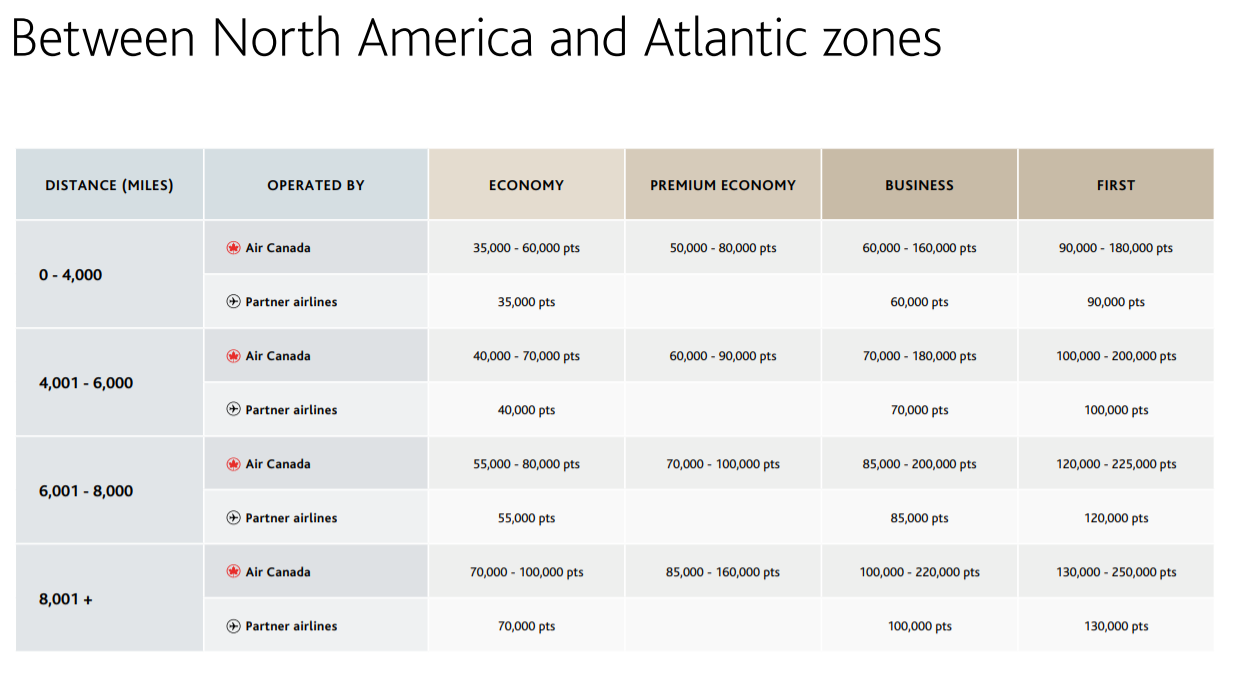 On the face of it, you might think the new charts aren’t particularly interesting. That would be a mistake though…

Admittedly, miles pricing isn’t exceptional (in fact in many cases it has gone up significantly), but the removal of all surcharges is a big win.

The main point of interest though is the generous routing rules (which include the ability to transit third regions) and in particular the stopovers on one-way redemptions for just 5,000 extra miles.

Put COVID-19 concerns aside for a minute and imagine that you needed to travel back from the USA to Europe in March 2021 and wanted to fly from Europe to Australia in July 2021. Rather than making two separate bookings, you could just make one, with a stopover in Europe for a few months, for just 5,000 extra miles.

To put some numbers on it, let’s use the following First Class itinerary as a theoretical example:

New York – Frankfurt (stopover for x months) – Sydney would be classified as a North America Zone to Pacific Zone redemption (despite the stopover in the Atlantic Zone) and clock in at 14,000+ miles of flying. 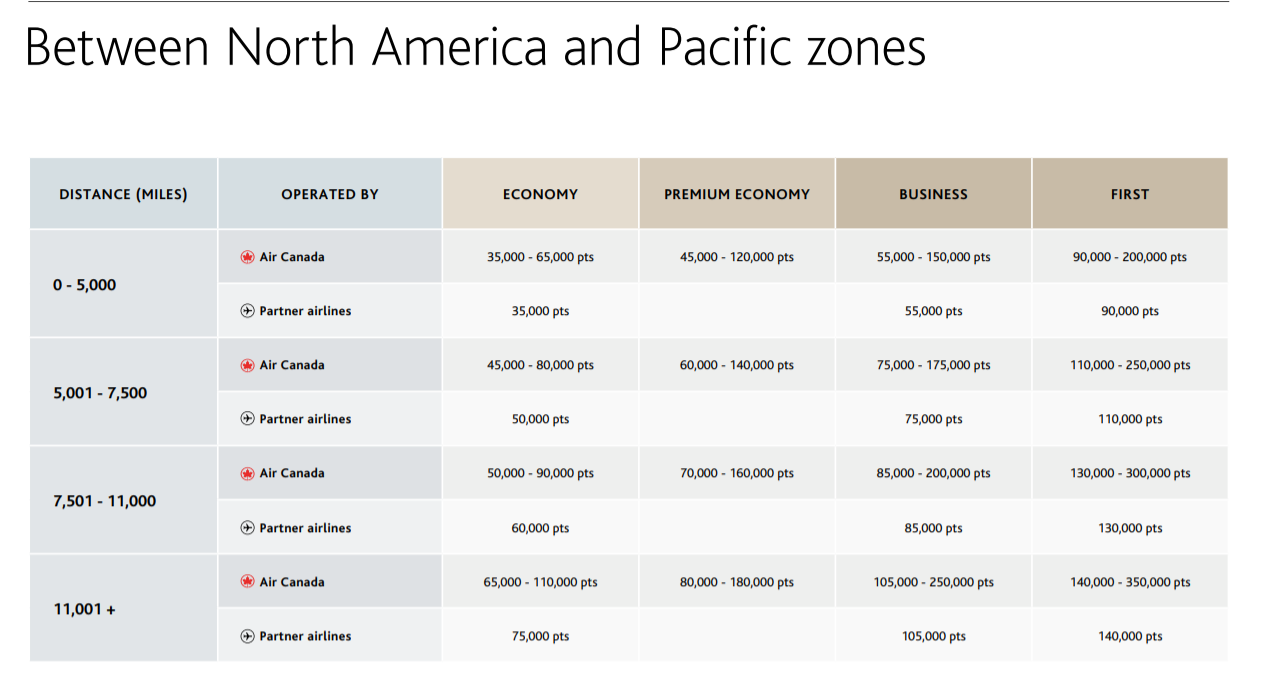 Mixing and matching Star Alliance and other partner airlines is fine, so (assuming reward space was available) you could fly to Frankfurt with Lufthansa and then with Singapore Airlines/Etihad/etc to Sydney.

It remains to be seen exactly what can be booked (we’ll have to wait until the new programme is live), but it certainly seems that for advanced points/miles fans, Air Canada Aeroplan could well end up being the new Cathay Pacific Asia Miles…