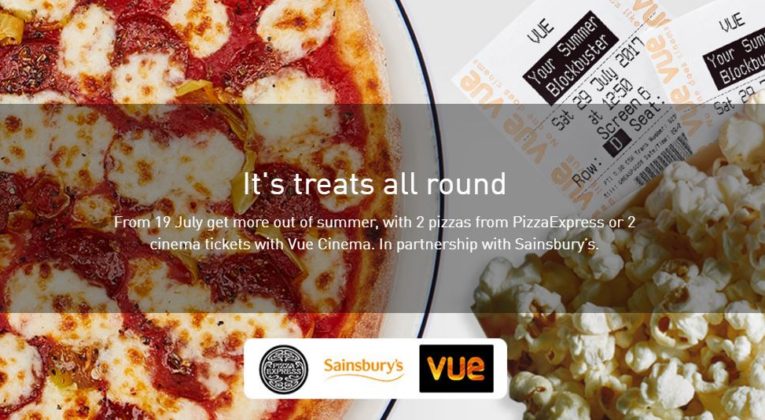 While it sometimes seems like I’m the only seasoned travel hacker who bothers with the Nectar loyalty programme, I will happily continue to sing its praises (and flag its offers). 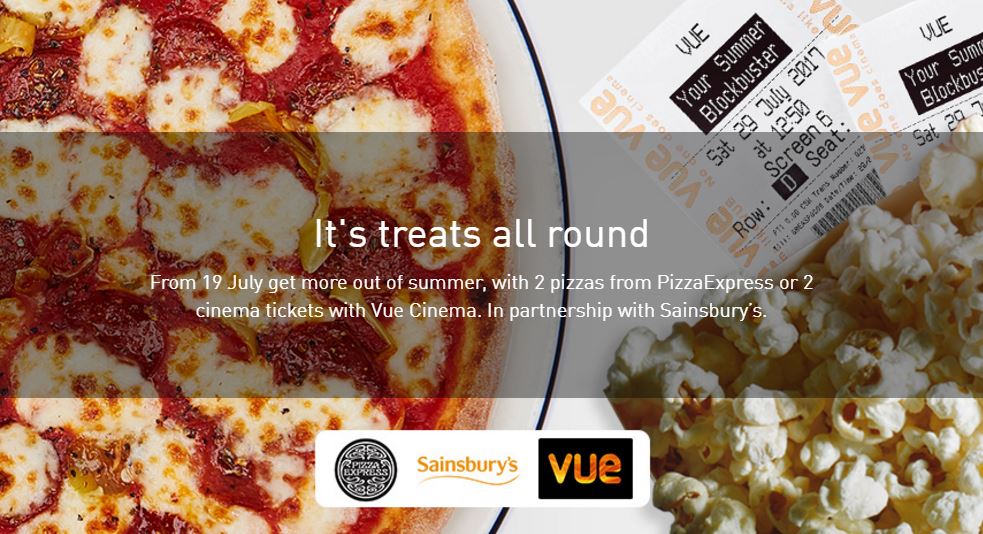 Yes, the general position is that it has a fairly inflexible redemption value of 0.5p per point, but with Easyjet as an earning/redemption option and an increasing number of earning/redemption bargains appearing, I think it can offer some real value.

One such promo has been launched today. Until 8 August, 2017 you can redeem 1,000 Nectar points for two pizzas from PizzaExpress, or two cinema tickets at Vue.

Given Nectar’s pretty much fixed 0.5p value (almost) everywhere else, that basically means you’re paying £2.50 per pizza or cinema ticket. So – a meal and a movie with the other half will cost you a grand total of £10. If you have a landmark anniversary or birthday coming up, this could be an absolute Godsend. Not only are we talking pizza here, but a cinema visit too! For two! For a tenner!

When taking advantage of this offer, you’ll be given a voucher by Nectar, which then needs to be used before the end of September, 2017.

The full terms and conditions of this offer can be found here.