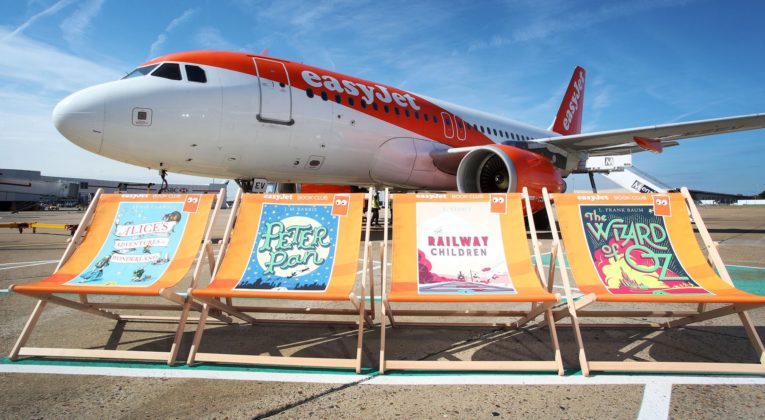 In the high stakes world of the commercial aviation industry, social responsibility is not necessarily something that we immediately associate with the majority of airlines. In a bid to help challenge that view, easyJet has launched a new initiative that will be well received by most of us, particularly parents: ‘Libraries in the Sky’  (or ‘Flybraries’!).

Just in time for the summer holidays, easyJet has teamed up with famous author Dame Jacqueline Wilson to implement ‘Libraries in the Sky’, with the aim of promoting reading amongst children. Seven thousand books will be made available on board 147 aircraft of easyJet’s UK fleet across the summer. EasyJet has a fleet of 252 aircraft total. 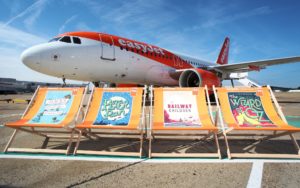 Dame Jacqueline has curated ten of her favourite children’s books, including five Puffin Classics, that she feels will appeal to both boys and girls and incorporate a spirit of travel and adventure. Titles include Peter Pan, Charlie & the Chocolate Factory, Alice’s Adventures in Wonderland, The Borrowers & The Wizard of Oz. See here for a full list of the titles. The website also allows you to download a free sampler of each of the Puffin Classics, as well as the first three chapters of Dame Jacqueline’s new book Wave Me Goodbye.

A random book will be left in the middle seat back pocket of every row. The airline is trusting its passengers to leave each book behind at the end of the flight. If the plan proves to be successful, then they hope to roll this out across more of the fleet. 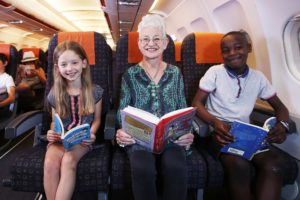 Earlier this year, easyJet conducted a poll of 2,000 British parents with children aged 8-12 years. 83% felt that their children are reading less in comparison to when they were younger. 84% agreed that more people read for pleasure 25 years ago than today.

Most of this decline in reading for pleasure was pinned on technology, with 90% of British parents believing that it is due to the breadth of electronic entertainment devices available to children. 80% felt that the widespread availability of digital entertainment has had an adverse effect on literacy levels.

The data is also reflected by a report from the Department of Education in 2015 which stated that one in five children in the UK cannot read well by age 11.

Of course, this is not the first initiative of its kind – last summer Jetstar Singapore launched a similar campaign to promote reading called “Jetstar’s Big Book Swap”, which it claimed was extremely successful.

‘Libraries in the Sky’ Bottom Line

The cynic in me sees this as a badly needed PR stunt by easyJet to try and help their brand image (not helped by recently being ranked 73rd out of 87 airlines worldwide). Nevertheless, I love the idea of ‘libraries in the sky’ and thoroughly welcome all initiatives to promote reading amongst any age group, particularly children. Let’s hope it’s a success and could potentially become a regular fixture for the airline. In an industry heavily characterized by the age-old adage of ‘monkey see monkey do’, maybe more airlines will try to do their part in promoting literacy.

Anybody more excited about flying easyJet in the future? Would this make any of you fly with easyJet over a competitor for your summer holiday? Let us know in the comments below.

Dr Redeye is an obsessive leisure traveller, with a predilection for the luxurious. Once he discovered how miles and points could aid in his quest to sample the world’s best restaurants, he was hooked. When he’s not plotting his next meal or how to use his point stash for his next escape, he kills time working as a doctor in London.

Whether you want to travel in style, on the cheap, or both, Dr Redeye’s aim is to help make it as simple as possible.