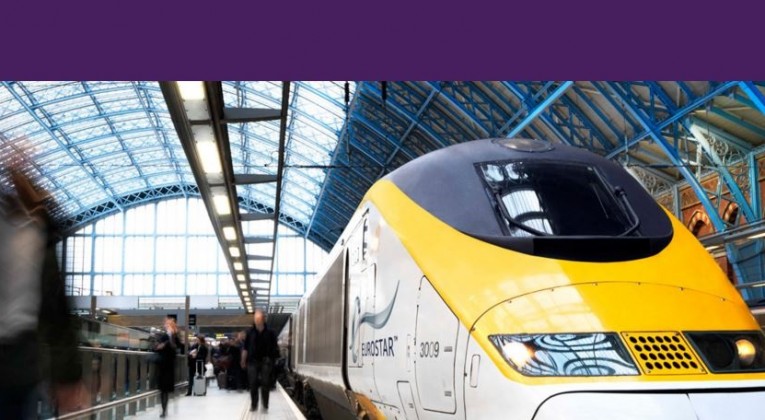 It seems that someone at Nectar HQ is a fan of train-related deals, because logging into my Nectar account today that’s pretty much all I saw! The great news is that if you were thinking of booking some train tickets soon, whether UK or International, there’s a good chance there’s a Nectar offer on right now that’ll help.

(Note that at least some of the offers mention are likely to be targetted, though we’ve no idea how to check which ones, so you should double check before booking!) 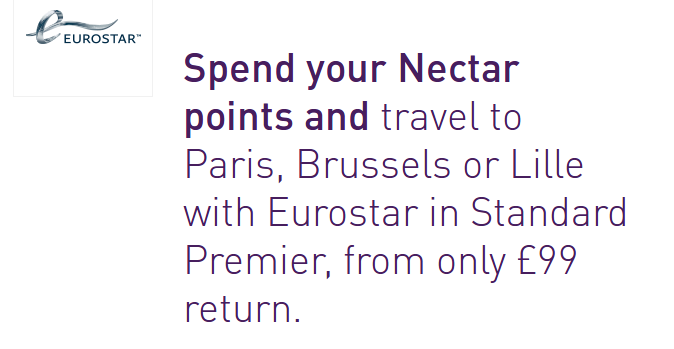 The first offer is one we’ve already mentioned – Standard Premier Eurostar for only £99 return to Paris / Lille / Brussels. This is still showing, but only for 2 more days, and there’s hopefully still some seats left! More details in our post from June, in case you fancy a break in France or Belgium in first class. 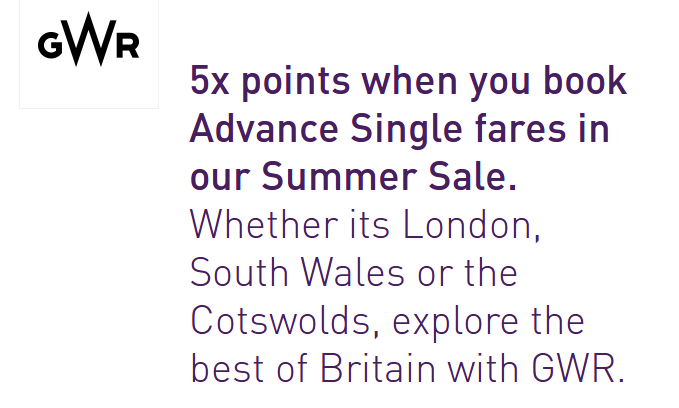 For anyone wanting to head out to Devon, Cornwall or the West Country, this one could be of interest. Pleasing, it covers the cheap advanced purchase tickets on GWR, which are the kind you’ll likely want to keep your costs down! You’ll get 5x nectar points on their advanced tickets (standard and first) if targetted, details here on Nectar

Virgin Trains West Coast (London to Birmingham / Manchester / North West / Glasgow) seem to have two different offers available. These probably stack together, though the T&Cs aren’t completely clear on that… Firstly for people who haven’t booked for a while (or possibly those who’ve booked but credited to Virgin Atlantic Flying Club miles instead?), there’s 1000 Nectar points for a West Coast booking, worth at least £5. Secondly, there’s a more general 500 Nectar points for a West Coast booking for over the summer, worth at least £2.50. For both of these, if you’re targetted, you’ll need to both book on the Virgin Trains West Coast website and have at least one leg of your trip be on one of their trains.

Virgin Trains East Coast (London to Leeds / Newcastle / Edinburgh) aren’t being quite so generous as West Coast it seems. For non-recent bookers, they’re offering 250 Nectar points for an East Coast Booking. As well as that, they’ve 500 Nectar points for an East Coast Booking for over the summer. As before, the T&C seem to indicate if you’re targetted for both they may stack, but isn’t completely clear. You’ll also need to ensure you both book on the Virgin Trains East Coast site and travel at least one leg on one of their trains. 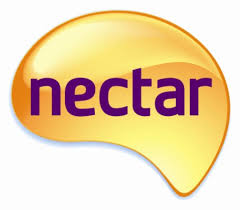 For all of these, firstly make sure your My Nectar dashboard shows the offer, and secondly ensure that you’ve got your Nectar card details registered with the train company’s website that you’re booking with for the bonus points! Oh, and don’t delay, as quite a few of these offers end shortly…