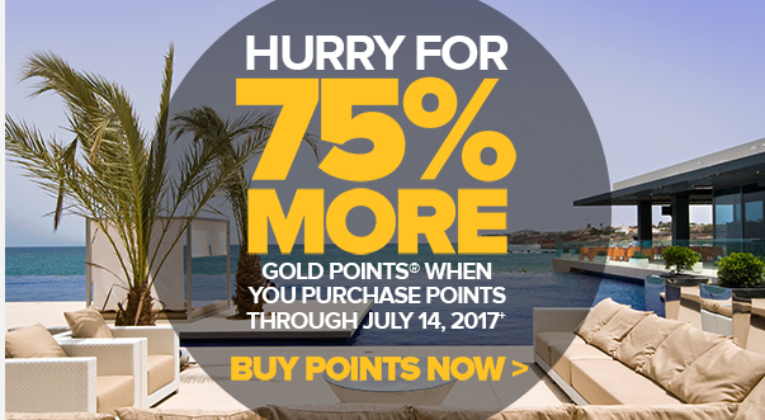 Note that there is an annual 40,000 points purchase limit (bonus Points aren’t included in that cap).

As always, ‘it depends’ – but probably not. 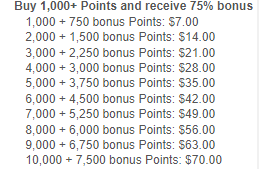 The cheapest, Category 1, Club Carlson hotels require 9,000 Points per night, so would work out at ~£28 per night. On the face of it, that doesn’t sound so bad, although finding a Category 1 hotel you want to stay at is a bit tricky these days.

Category 2 hotels for ~£47 (15,000 Points) offer more options, and it’s certainly not a terrible price for some of them, particularly on more expensive dates.

Why then do I say it’s a bad deal? Because, Club Carlson is running the best hotel promotion we’ve seen from any hotel chain in a while, and bookings made using Points don’t count towards it.

Club Carlson’s ‘Free Friday’ promotion really is great: stay twice, get a free Friday night at any Club Carlson hotel (subject to some limitations which you can read about here). The trick to making the best of the promotion is obviously to make sure that any cheap stays you might be making count towards the promo – and that means paying cash rather than buying Points.

If you (very conservatively) value a free Friday night somewhere like the 5* MayFair Hotel in London as being worth £100 and have two 1-night Club Carlson stays while the Free Friday promotion is running, unless buying Points would save you at least £100 in total versus the cash rates, then you’re better off just paying cash. That’s without even considering the standard Points and cashback you would earn with a cash stay too.

Putting my money where my mouth is…

I have a stay at a Category 3 Club Carlson hotel coming up, which would require 28,000 Points. I could either buy those Points in the sale for ~£87, or pay the cash rate of £98.

Where the bonus could come in handy is if you just need to top up your account a little bit to have enough Points for a particular stay. Clearly, it would make sense to do that while the 75% bonus is on, rather than paying full whack later.

There are other examples where it could make sense to buy the Points, but for the most part you’ll be considerably better off paying cash and earning Points, cashback and free night certificates. Always make sure you run the numbers for your own particular requirements though!