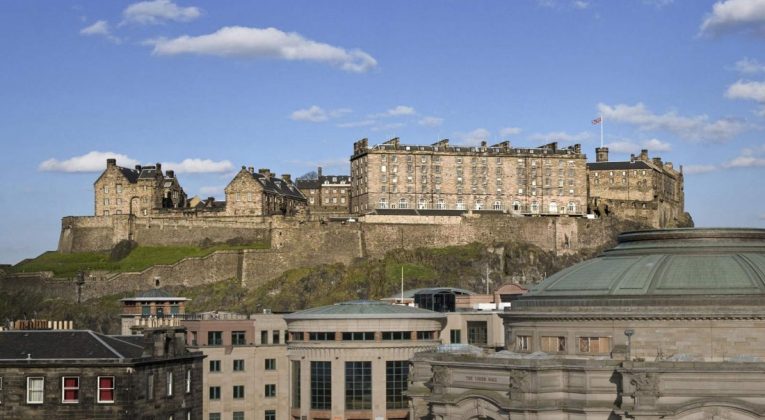 Regular readers will know I’m a big fan of Starwood Preferred Guest (SPG) Starpoints. I think SPG Starpoints are brilliant, primarily because of their flexibility – you can use them at Starwood and Marriott hotels (via transfer), or transfer to dozens of airline loyalty programmes at an effective rate of 1 : 1.25.

One of the (slightly) lesser known uses that can provide excellent value on occasion, is to redeem Starpoints through ‘SPG Moments’.

SPG Moments basically allows you to use Starpoints to buy (or bid for) musical/sporting/cultural experiences and packages, and sometimes what is included has more to it than you might think at first glance.

Two of the current packages caught my attention eye earlier and seemed worth sharing:

The first is titled “Get backstage passes to Five Guys Named Moe at Edinburgh’s Christmas”, which on the face of it doesn’t seem terribly interesting. What it includes though is great!

Two nights in a standard room (without club access) for those dates would require 24,000 SPG Starpoints. On top of that you would be getting a nice dinner, spa treatments, breakfast/snacks/drinks/ in the club lounge, entertainment, and a backstage meet and greet after the show, which would probably still be a bit of fun even if you aren’t really into musicals.

This particular package is being run as an auction, ending on 24th November. The highest bid at the moment is just 9,500 Starpoints – less than the standard cost of one night at the hotel!

The other Package that leapt out at me was one about learning how to make cupcakes (bear with me!).

The highest bid is currently 15,500 Starpoints with 18 days remaining, which is significantly less than the 20,000 Starpoints you need to book a standard night at the Sheraton Park Lane (without breakfast).

If you’d rather emulate our very own ‘Mr Airmiles’ (please don’t, it only encourages him… I’m serious), you too can check out Justin Bieber live at the O2 in London (this time on Monday 28th November).

To be fair, if you happen to be a fan, it does look like a pretty sweet deal for 25,000 Starpoints!

These music packages don’t include accommodation, but you do get 2 tickets included and I’ve only heard good things about the hospitality provided by the Starwood VIP box at these events – basically a good quality buffet dinner and free bar.

How do I get Starpoints?

I can only think of three options that suit the timescale for these particular deals.

(Please feel free to email me at [email protected] if you would like a referral link for a higher sign-up bonus for any of the above cards. I get some Points for referring you, so am always very happy to do so!).

SPG Starpoints are great anyway, but being able to redeem them for packages and special events like the ones above makes them even more valuable.

Keep a close eye on SPG Moments, because sometimes an unlikely title can hide an absolute bargain…