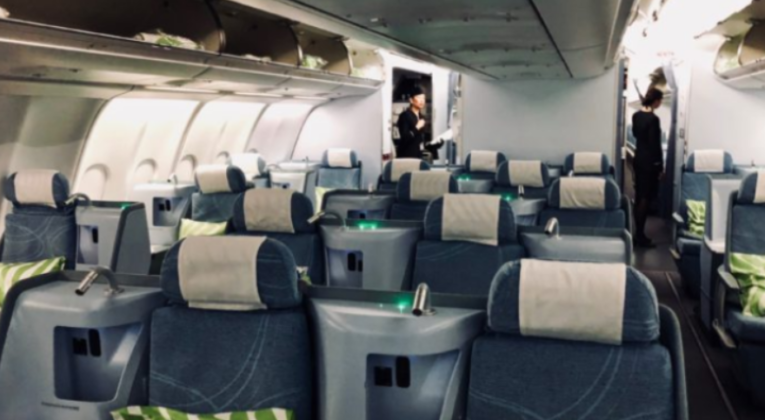 To help sprinkle a little sunshine into the ongoing lockdown, we thought we would share some reviews of travel from happier times. With the vaccine roll-out seemingly going well, you might be able to travel again sooner than you think, but in the meantime we have memories… and photographs.

Today’s Saturday Escape is from our good friend and colleague Steffen at InsideFlyer Germany – a trip with Finnair that he took back in 2018:

For my trip to Thailand and Malaysia, I was able to get a good price for Finnair Business Class. I had not flown Finnair before, so it was something new. The route was from Paris via Helsinki to Bangkok and back again.. 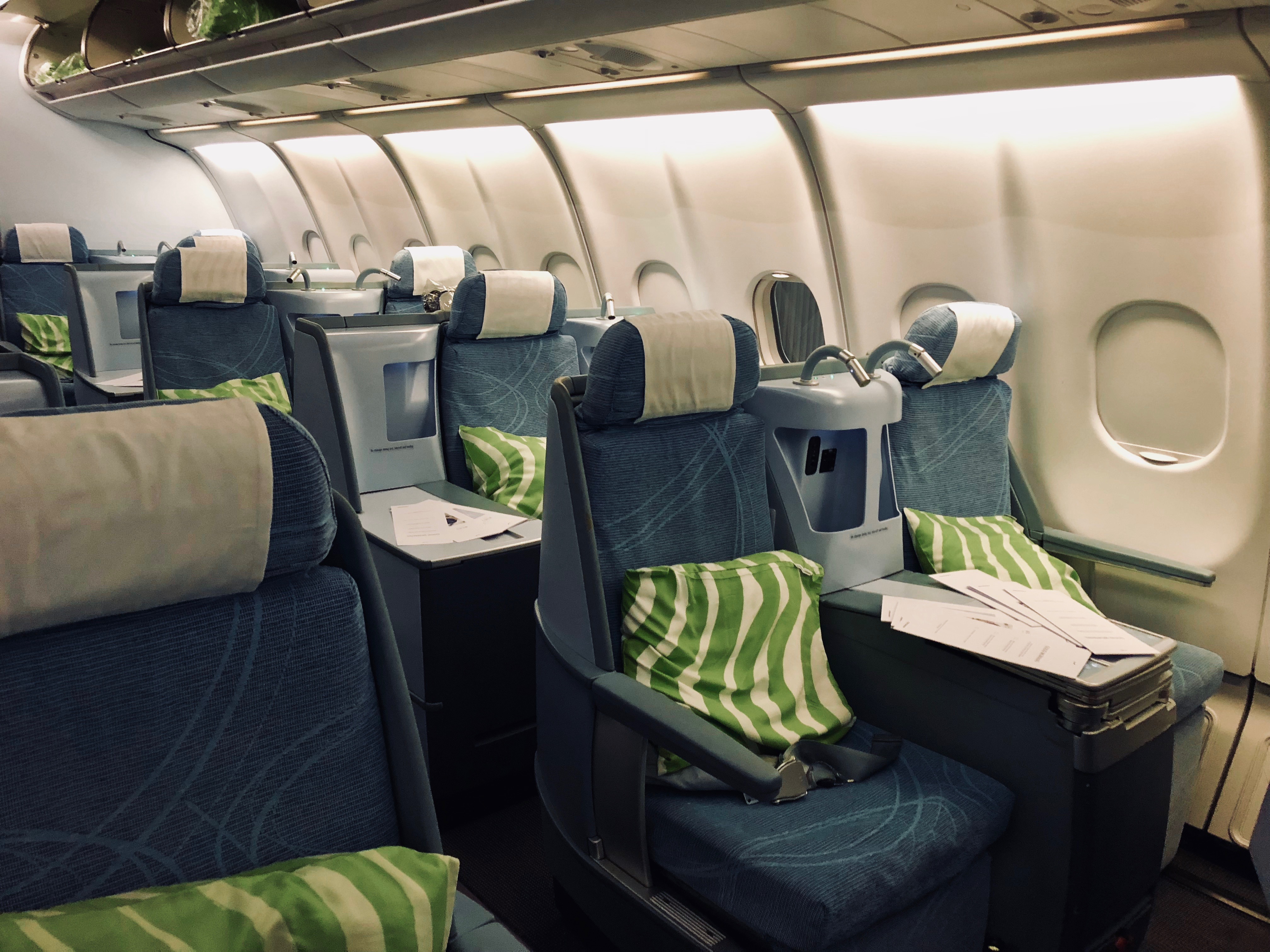 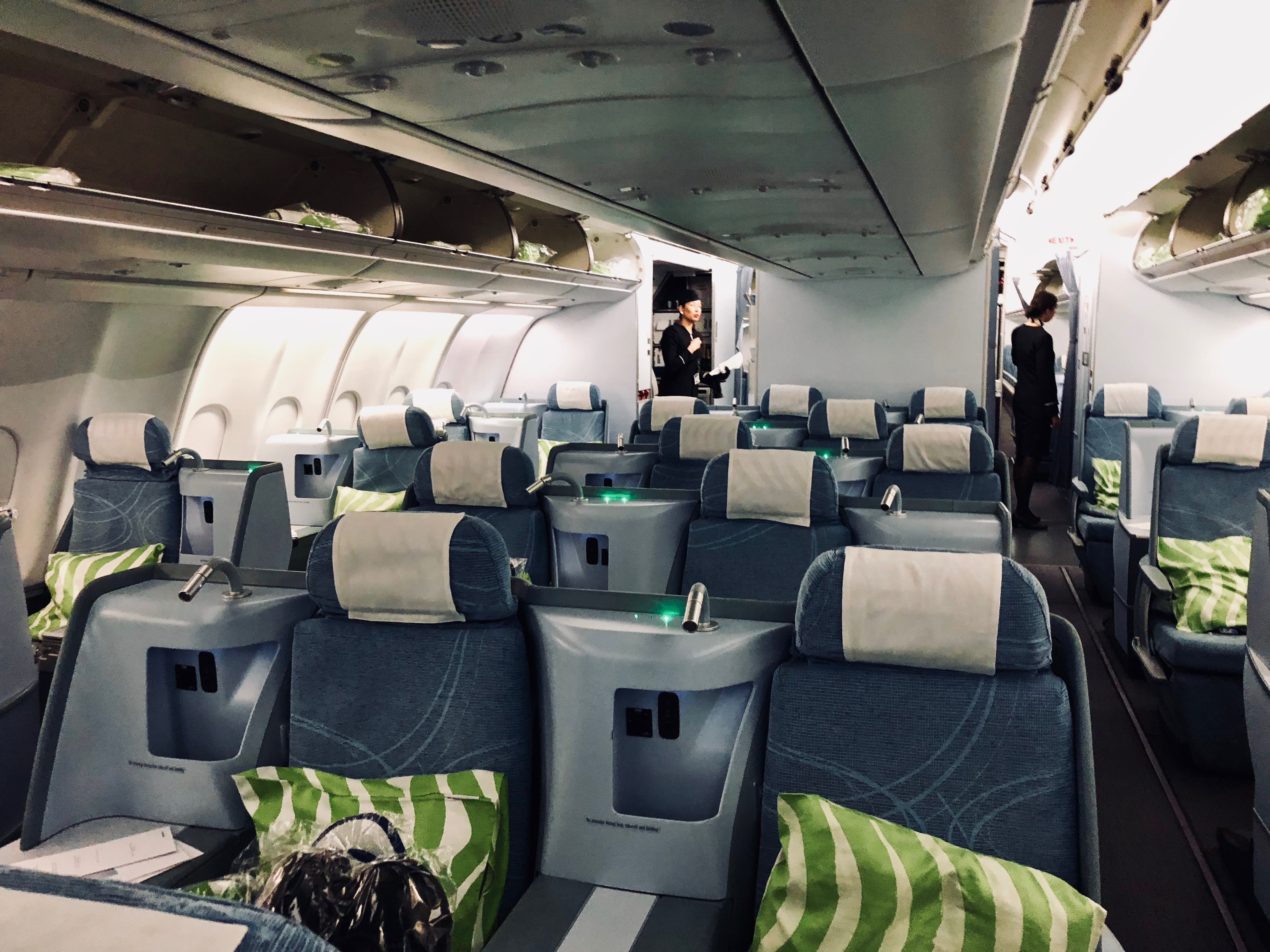 Since I was travelling with my girlfriend, we decided to use the center seats 2D and 2H, so that we both have direct access to the aisle. These are the same seats that SWISS has also installed on the Airbus A330 and Airbus A340. 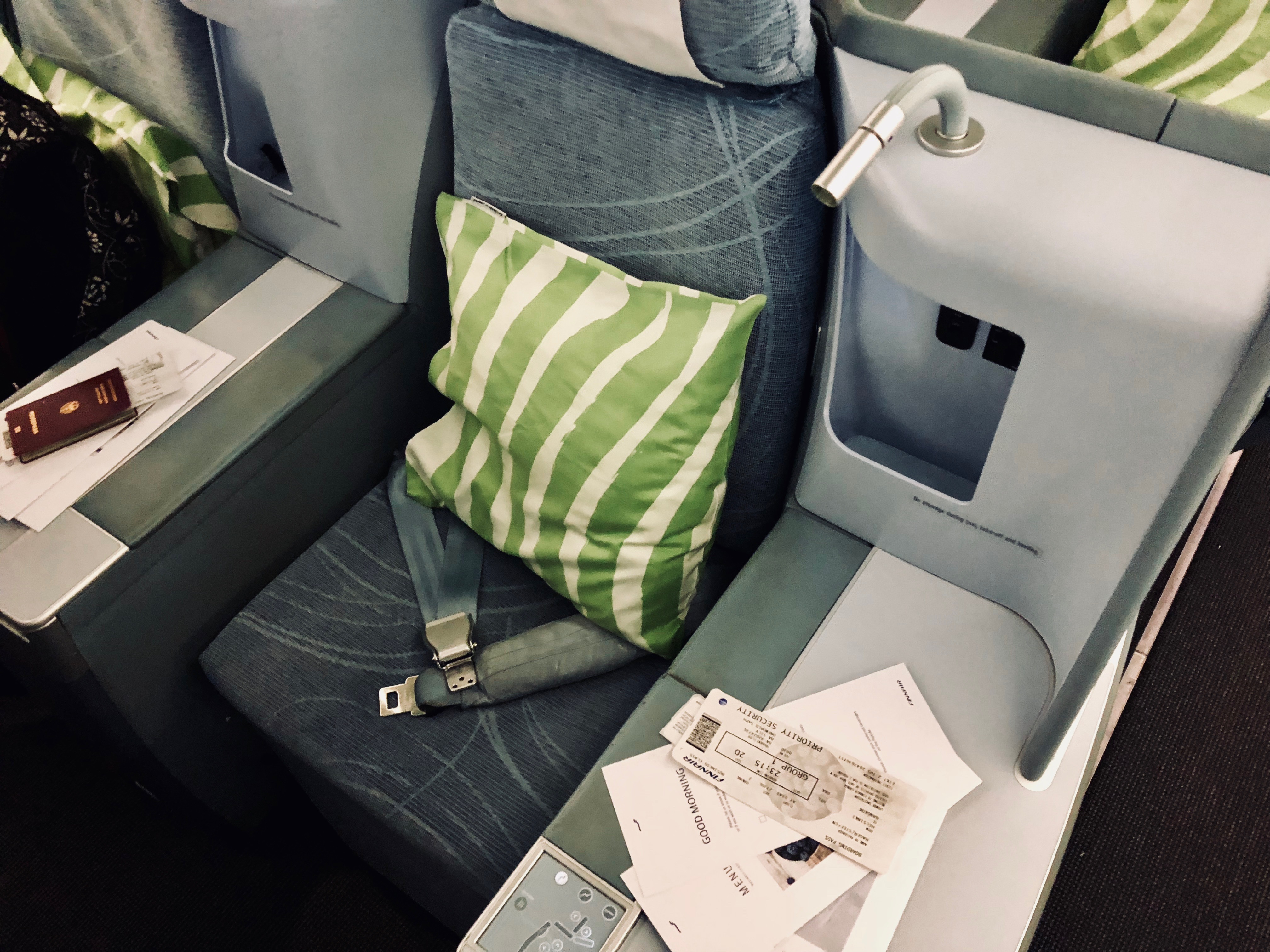 What I really liked about the seat are the rather large storage areas for storing drinks and an iPad/notebook. The seat is comfortable, both in a “lounge position”, as well as flat. However, I can imagine that taller people are not best friends with the seat, because of the narrow foot area.

After a few minutes settling in, the very friendly flight attendant offered a welcome drink. On her tray she had water, orange juice or champagne – I opted for the latter. The champagne glasses are a very beautiful Finnair design in Business Class – a very nice regional touch. 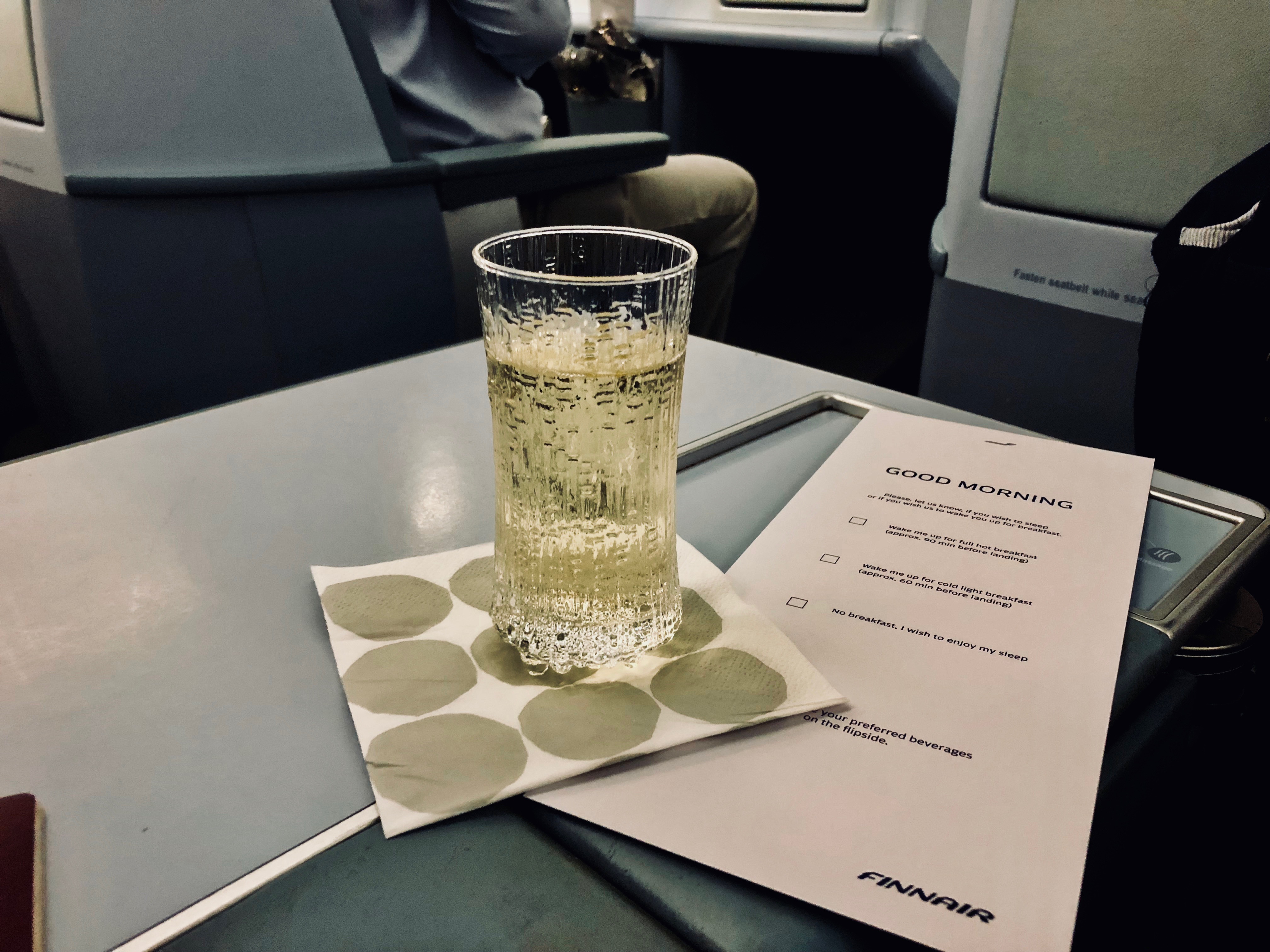 While I was quietly sipping my champagne branded by Joseph Perrier, I took a look at the menu and drinks menu. In addition to soft drinks, spirits, cappuccino & co, the drinks menu included a comprehensive selection of wines, as well as some signature cocktails. 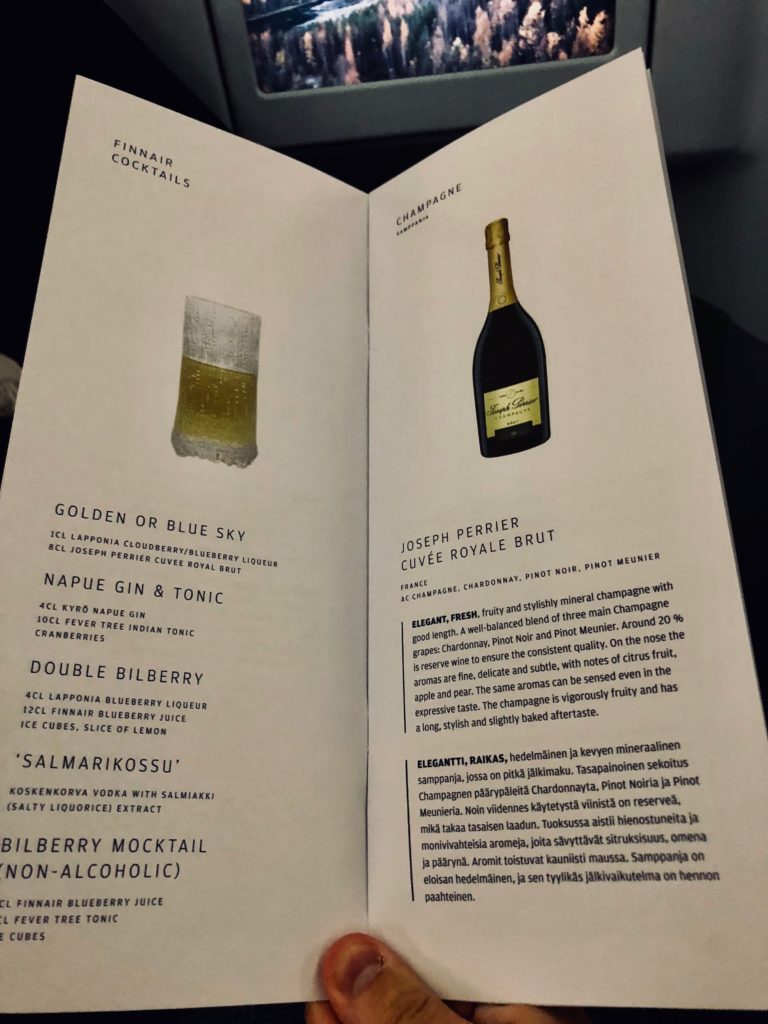 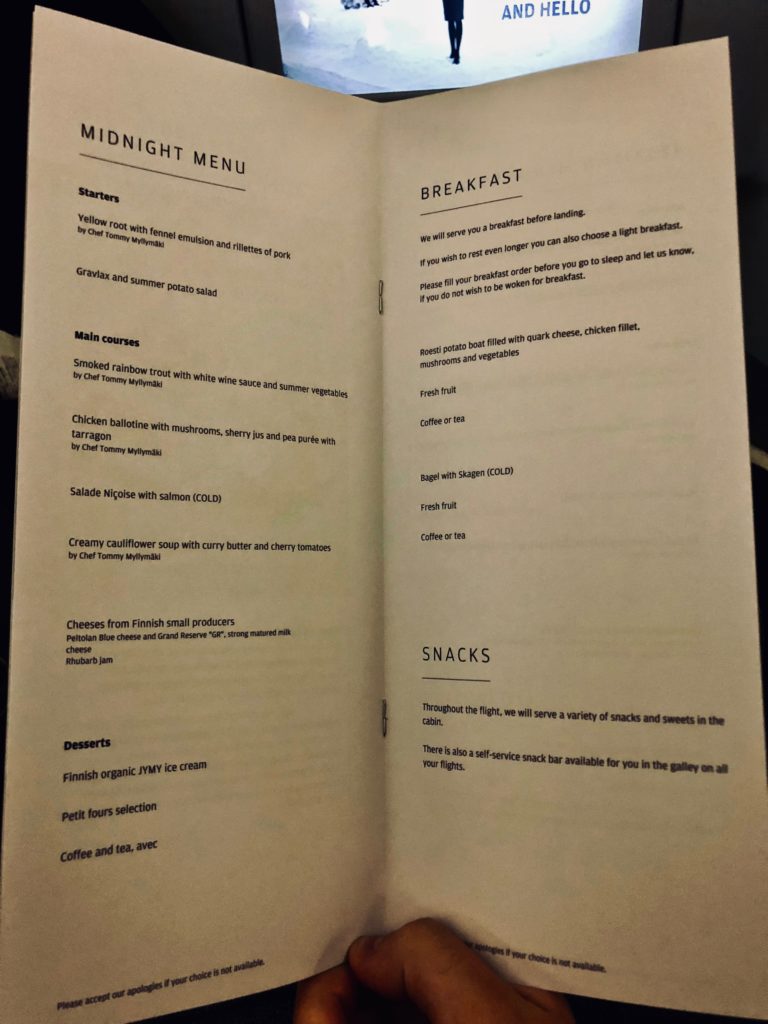 After the last passengers had arrived, the doors were closed and the journey to Bangkok began. The fully booked Airbus A330 took off lazily in the air.

After takeoff, the service was started very quickly, beginning with an aperitif. Because it was such a late departure, the appetizer – salmon – and the main course were served on a tray together. I tried a glass of rosé wine from Provence, which was very tasty (for all wine lovers: Mirabeau Pure Rosé 2017). I also chose a little cheese and did not say no to another splash of rosé, while I watched an old James Bond movie. When the film finished, I managed to sleep for about 5 hours. 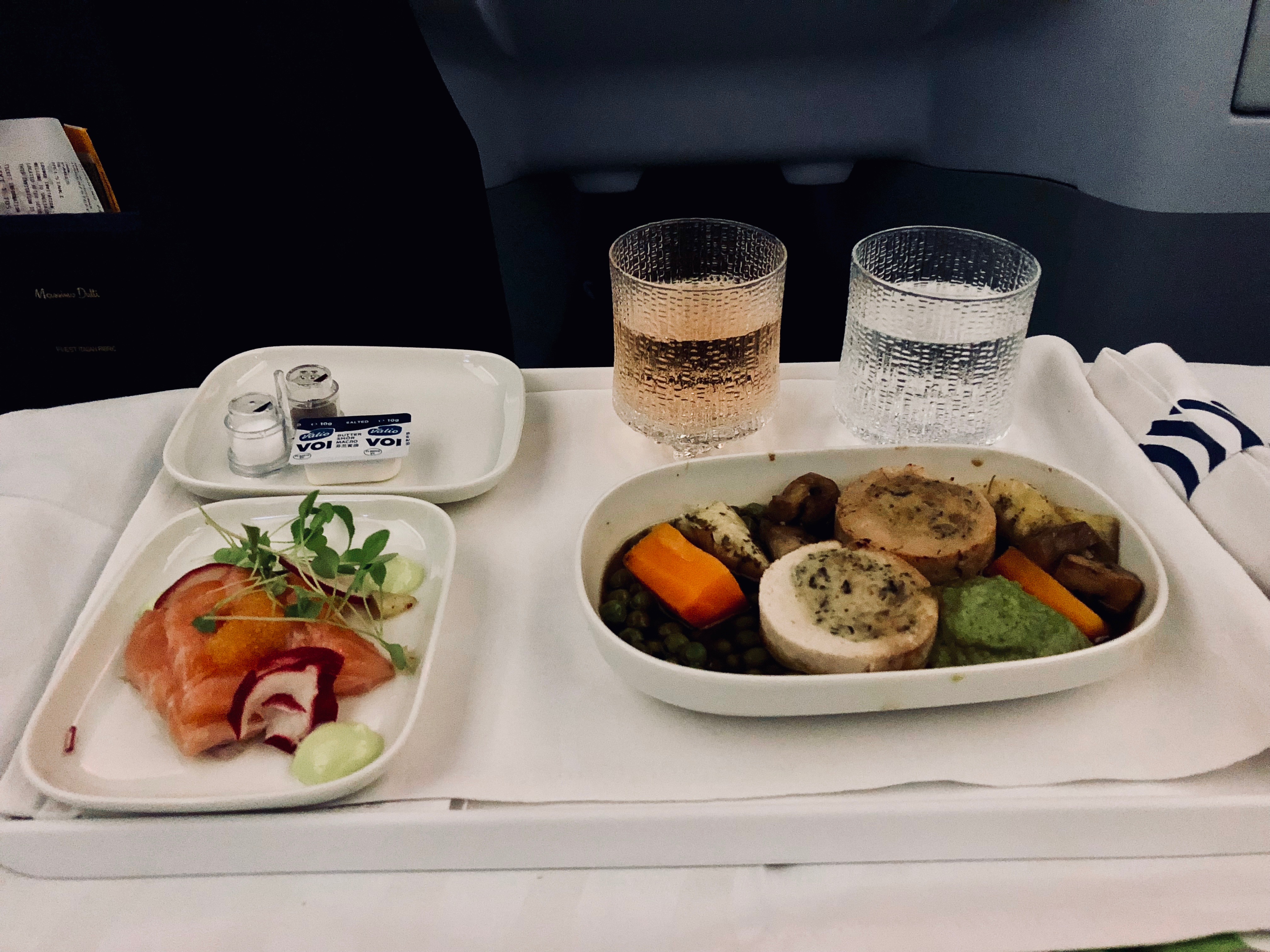 About 70 minutes before landing in Bangkok, breakfast was served. Since I rarely enjoy the typical airplane omelette and did not feel very hungry anyway, I only chose fresh fruits, a croissant and a bagel. In addition, on the Airbus A330 no Nespresso machine seems to be installed, so there is only the regular filter coffee for breakfast.

Here is my only real criticism of the Finnair Business Class on the A330. The built-in monitor is unfortunately no longer up-to-date. Neither the size is satisfactory, nor the resolution of the films. That speaks in favor of choosing the Finnair Airbus A350 when booking, if you’ve got a choice. The entertainment selection is also a bit limited. 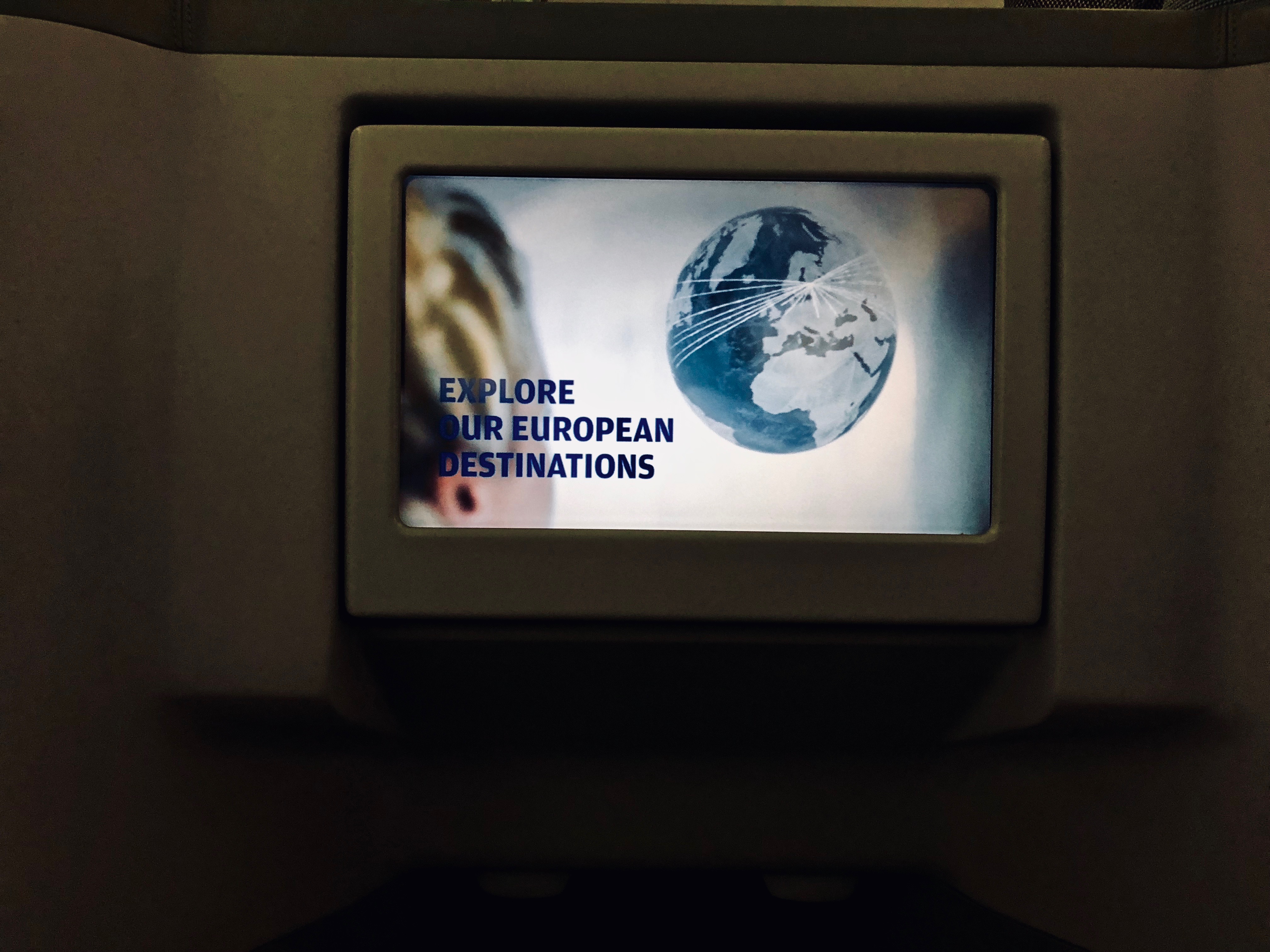 Finnair offers WiFi on board the Airbus A330. While Finnair’s top status customers can use WiFi for free, Business Class passengers enjoy a free hour. Otherwise, the WiFi access for the entire flight costs 19.90 euros, in my opinion a fair price.

All in all, I was very fond of my first long-haul Finnair Business Class flight. The flight experience was definitely good, both in terms of the comfort of the seat, as well as the service and the crew. The only criticism I have to note is the entertainment system. Apart from that, however, I recommend Finnair even if the aircraft used is an Airbus A330.

Are you a fan of Finnair? – What was your last flight with them like?