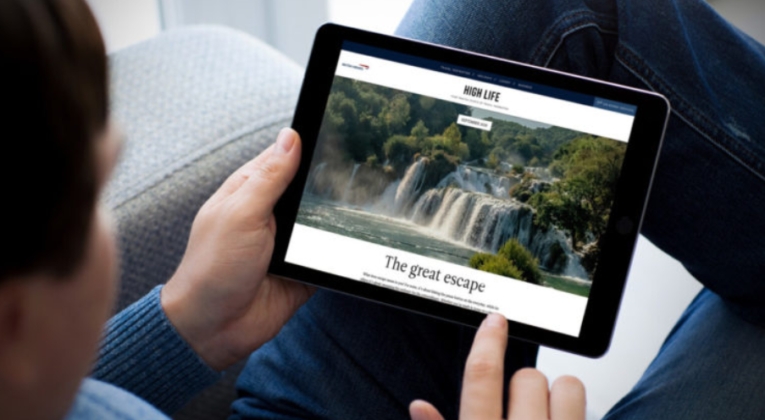 British Airways’ on-board magazine High Life will no longer be available in paper format, but will be fully digital and move to bahighlife.com.

Through the corona pandemic, most airlines have dropped their on-board magazines, both for infection control and to cut costs. However, British Airways’ on-board magazine High Life will remain digital even in the post-corona era.

The new digital magazine will also include a digital edition of Business Life. There will be new issues of the magazine every month, which will include audio stories, photo specials and panel debates. The magazine will continue to feature first-person stories from travel experts and guides for exploring cities around the world.

The new High Life magazine can be downloaded on board free of charge via WiFi, and will also be emailed to members of the British Airways Executive Club. You can find the digital magazine at bahighlife.com .

British Airways ‘ on-board magazine was first published 47 years ago. The magazine has documented important milestones in the airline’s history, including the launch of Concorde and the Airbus A380.

– Our High Life magazine has been a source of inspiration for customers for almost half a century. We started trying to make the magazine fully digital at the beginning of the year and it has been a great success, says Harmish McVey, Marketing Director at British Airways.