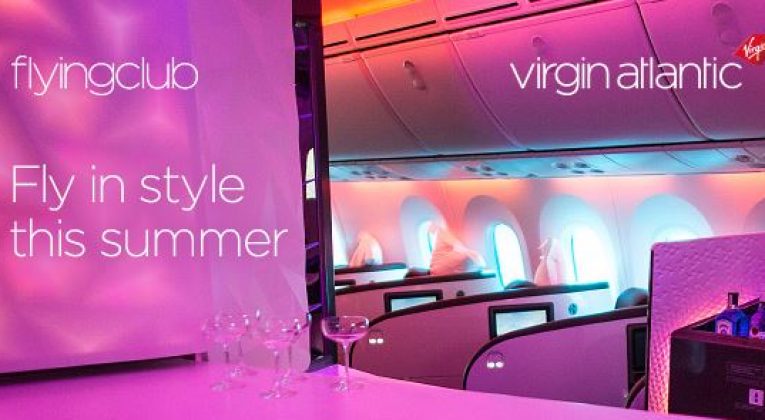 I really hated to do it, but recently I gave up on Virgin Atlantic Flying Club and converted my miles to…  Hilton points. One Virgin mile can be exchanged for 1.5 Hilton points and I converted all 120,000 of my Virgin miles by calling Flying Club. Normally I would never consider such a value-destroying conversion, but these are strange times.  Here’s why…

Although the transaction was mentioned on a few blogs, including InsideFlyer UK, I had forgotten all about it. But back in 2018, Flying Club changed ownership. Instead of being owned 100% by Virgin Atlantic the airline, Flying Club changed hands and is now owned 51% by the Virgin Group (i.e. Sir Richard Branson) and 49% by Delta Airlines.

If Virgin Atlantic collapses at the end of May, as threatened by Sir Richard Branson in the Sunday Telegraph, your miles should still be relatively safe within the company that is now called “Virgin Red”. You would no longer be able to spend your miles on Virgin Atlantic flights of course. But there is a chance that some or all of Flying Club’s airline, hotel and credit card partnerships would survive, supplemented by some kind of redemption option within the wider Virgin group.

That’s the optimistic view… and if you’re looking for an example, JetPrivilege is still alive – renamed as InterMiles – despite the demise of Jet Airways in April 2019.

But of course there’s no guarantee that Flying Club would survive much longer than Virgin Atlantic, especially if it is funded with airline IOUs and if airline and credit card partners started tearing up partnership agreements…

How Painful was the Conversion?

Until the coronavirus changed everything, I valued a Virgin mile at roughly 1p. A few years ago, I took a very close look at the value of a Virgin mile and decided that many mileage collectors’ standard 1p rule-of-thumb is as good a guess as any…

A Hilton point can be bought for 0.4p. Details of the most recent promotion can be found by clicking here. I’m no longer sure whether it makes sense to buy Hilton points at that price, but I could probably manage to find a few examples of getting at least 0.4p of value from a handful of Hilton hotels I might like to visit.

It’s worth mentioning that I’m one of the stronger skeptics of “points value”. I really don’t care too much about the retail price of a 95,000 point per night hotel room at a Waldorf Astoria or Conrad hotel.  Since I would never pay cash, I would never say that a £950 room rate means that I received 1p per point in “value”. I would, however, wonder how much actual money it might cost me to buy enough hotel points to redeem for a free night. 0.4p times 95,000 points –> £380. Depending on the occasion, that might seem a fair price to me. And if I do better than 0.4p then great!

As painful as it felt to convert my miles, the crucial element was understanding that a Virgin mile is simply no longer worth 1p. And here’s how I got there…

Those 120,000 miles of mine were earmarked for a First Class return trip from Germany to Tokyo. Click here for details of this incredible sweetspot. In my opinion, ANA reward flights are BY FAR the best value redemption option for Virgin miles.

Departing from Germany allows me to avoid UK APD, as well as generally being easier to find award space. Taxes and surcharges for a First Class reward between Germany and Tokyo come to approximately £220. And instead of a notional 1p per mile, let’s take their value as Hilton points as a cash-equivalent – after all, sooner or later I will stay in a hotel again and use points instead of paying cash – adding £720.

As a result of my slightly dodgy maths, a First Class return trip to Tokyo would have an “opportunity cost” of £940, plus the costs of positioning to/from Germany.

Back to Flying Club…

What would happen to partner award tickets if Flying Club ceases to exist? I’m not sure that anybody really knows.  On the one hand, you’d have a perfectly valid e-ticket and would be departing from the EU – potentially adding EC261 protection to the mix.  On the other hand, ANA would have not yet been paid by Flying Club and could easily decide to cancel all award tickets issued by their now-defunct partner.

So… I had 120,000 miles in my Flying Club account and could have easily made travel plans to visit Japan in the autumn – Kyoto’s autumn leaves spectacle is on my bucket list.  But I would have been “spending” £940 on:

Given the current situation, this feels like betting on roulette – Red gets me a fantastic First Class trip to Japan, Black gets me absolutely nothing. Hanging on to my miles wouldn’t really have been less of a gamble. Rather than bet £940 on Red, I took the safer option of Hilton points…

I’m a Gambler, but Only When I Have an Edge…

Even though I rushed to convert my Virgin miles without really thinking it through, I’m happy that I did. Whether one values 120,000 Virgin miles at £720 or at £1,200+, both figures are large enough for me to care about.

I didn’t want to gamble on:

At least… since Flying Club is now separate from Virgin Atlantic… I don’t have to feel guilty about contributing to the airline’s demise (by forcing them to buy Hilton points on my behalf).

What do you think? Have you done anything with your Virgin Atlantic miles? Let us know in the comments section.