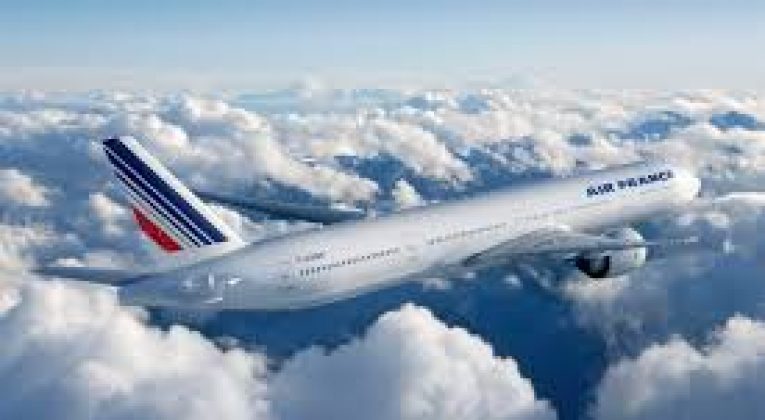 “Spend your miles on our Air France reward flights. All miles shown in the tables below are for a one-way flight. If a journey requires a connecting flight or stopover to reach the destination, miles are charged according to origin and destination. All prices are subject to taxes, fees and carrier imposed surcharges.”

Note that the number of miles required depends on whether you are flying on peak or off peak dates. For redemptions on Air France, those dates are as follows:

For longer Air France flights, Virgin has divided the world into 10 zones: 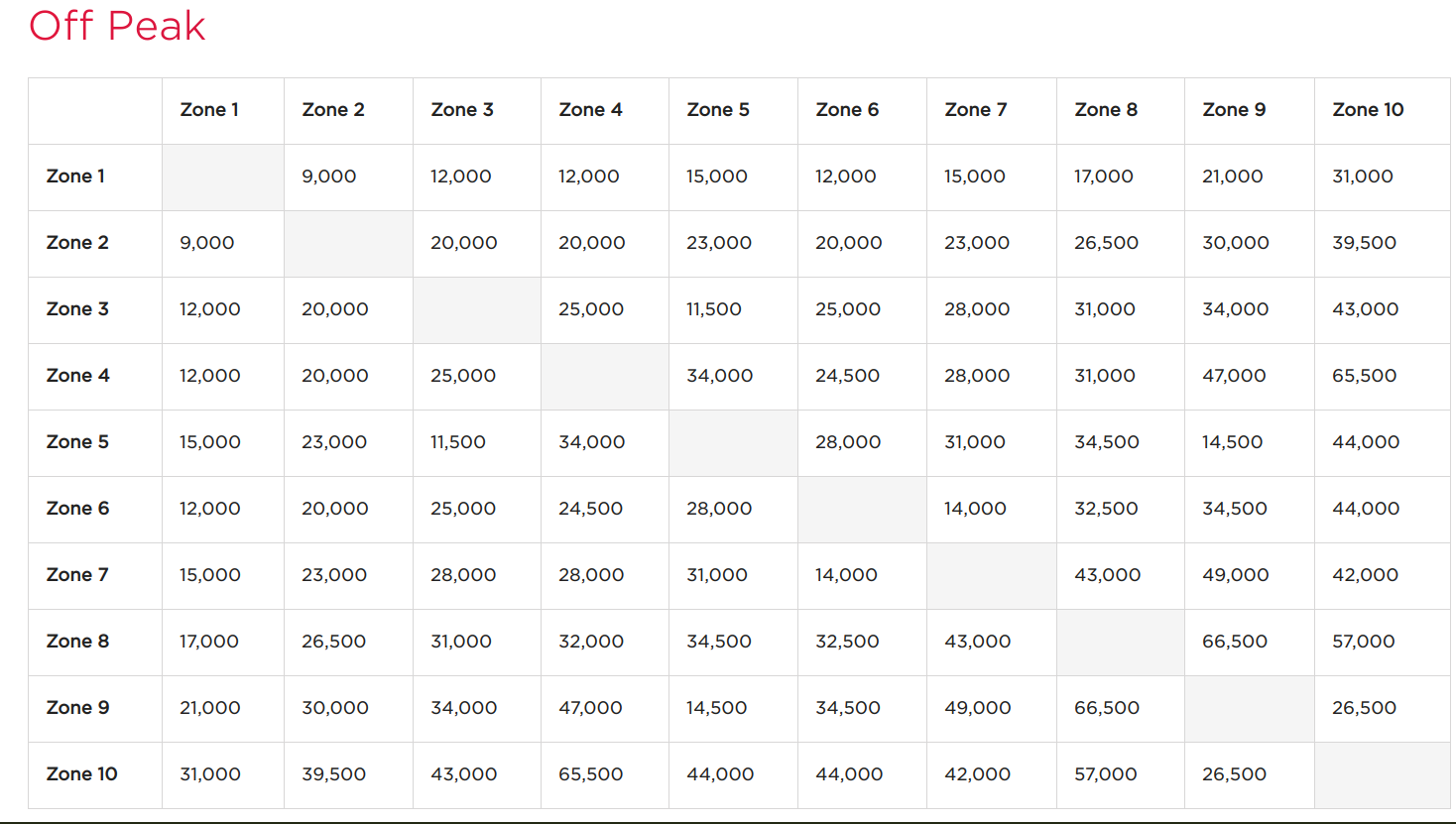 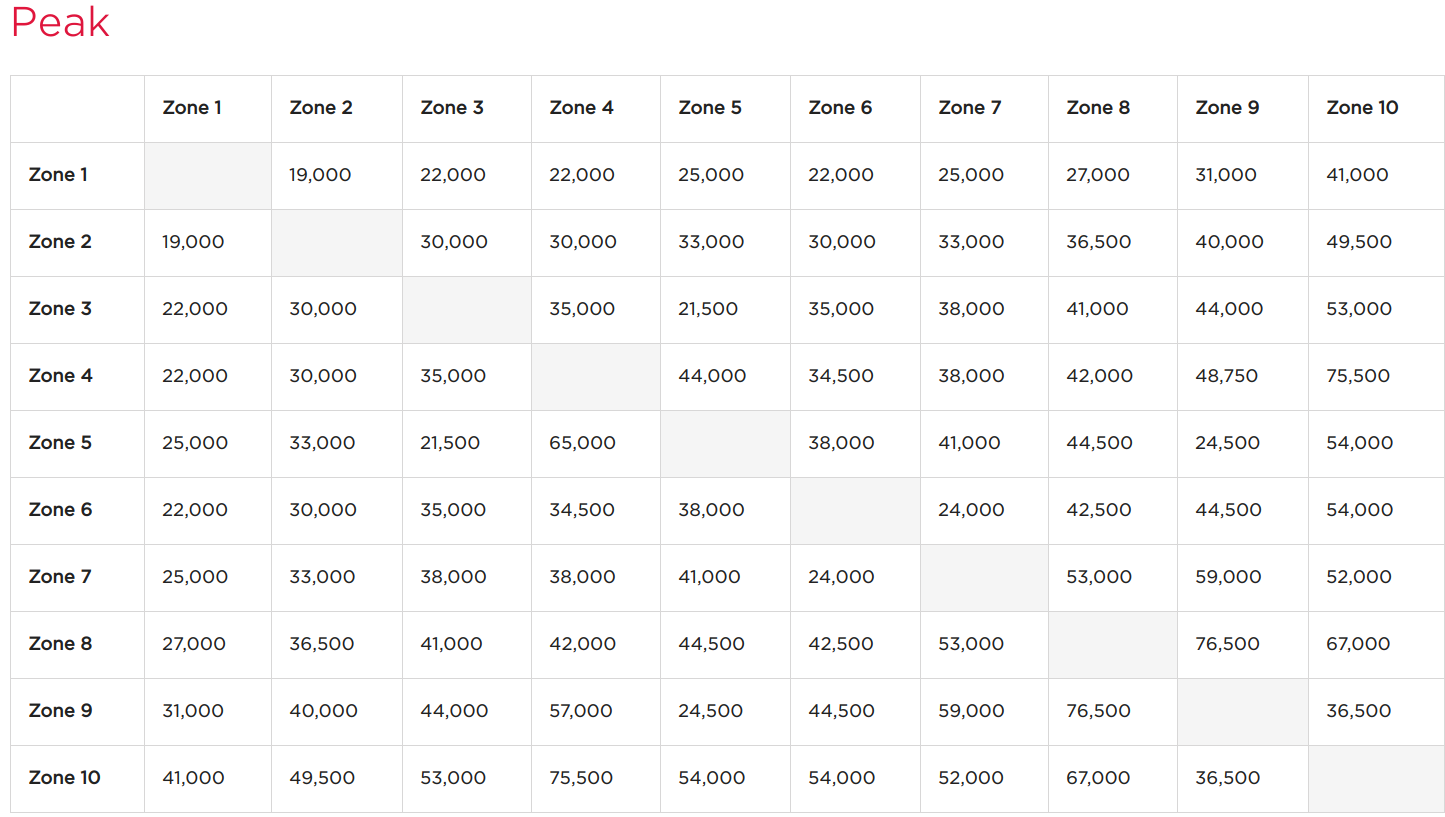 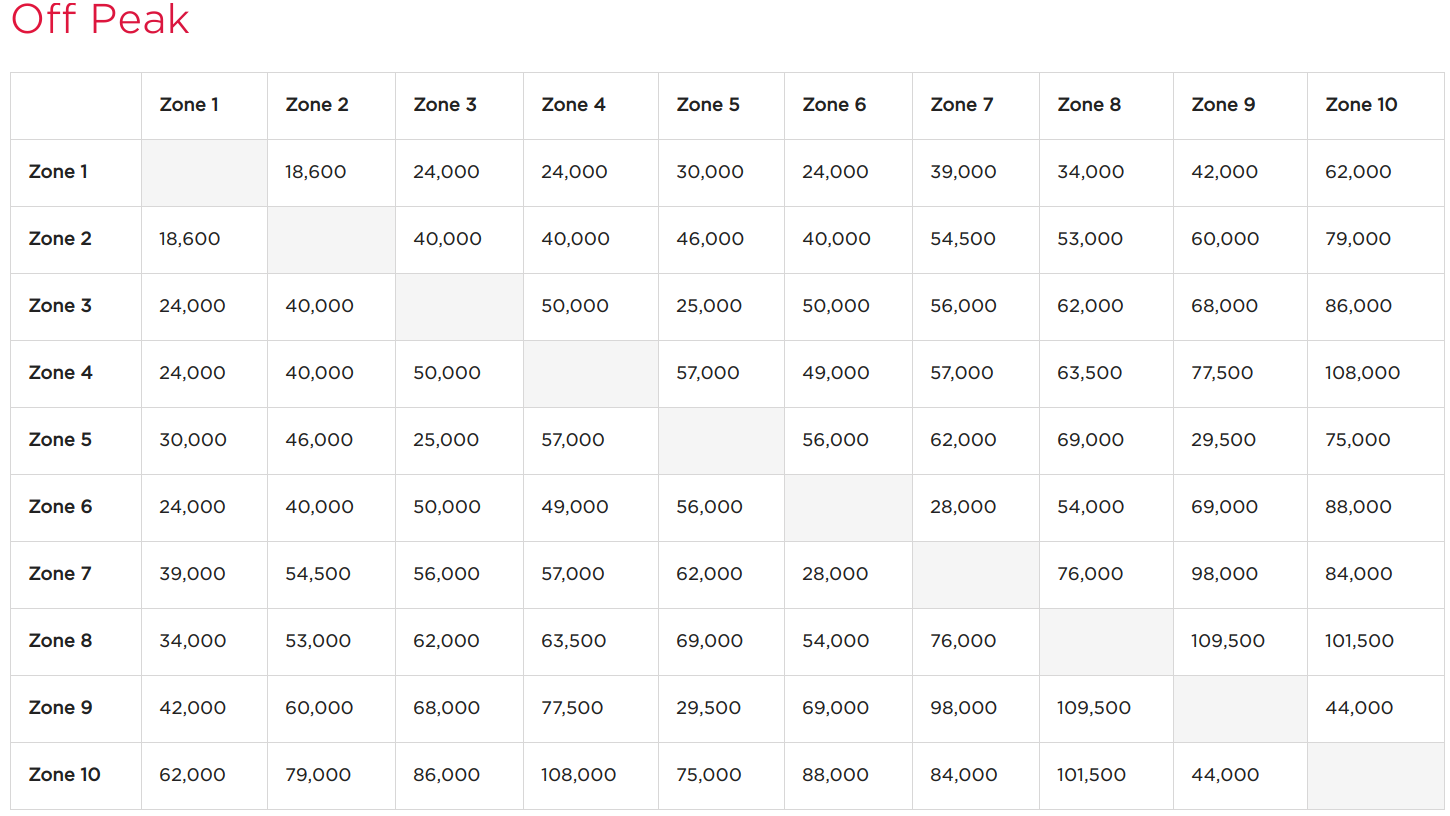 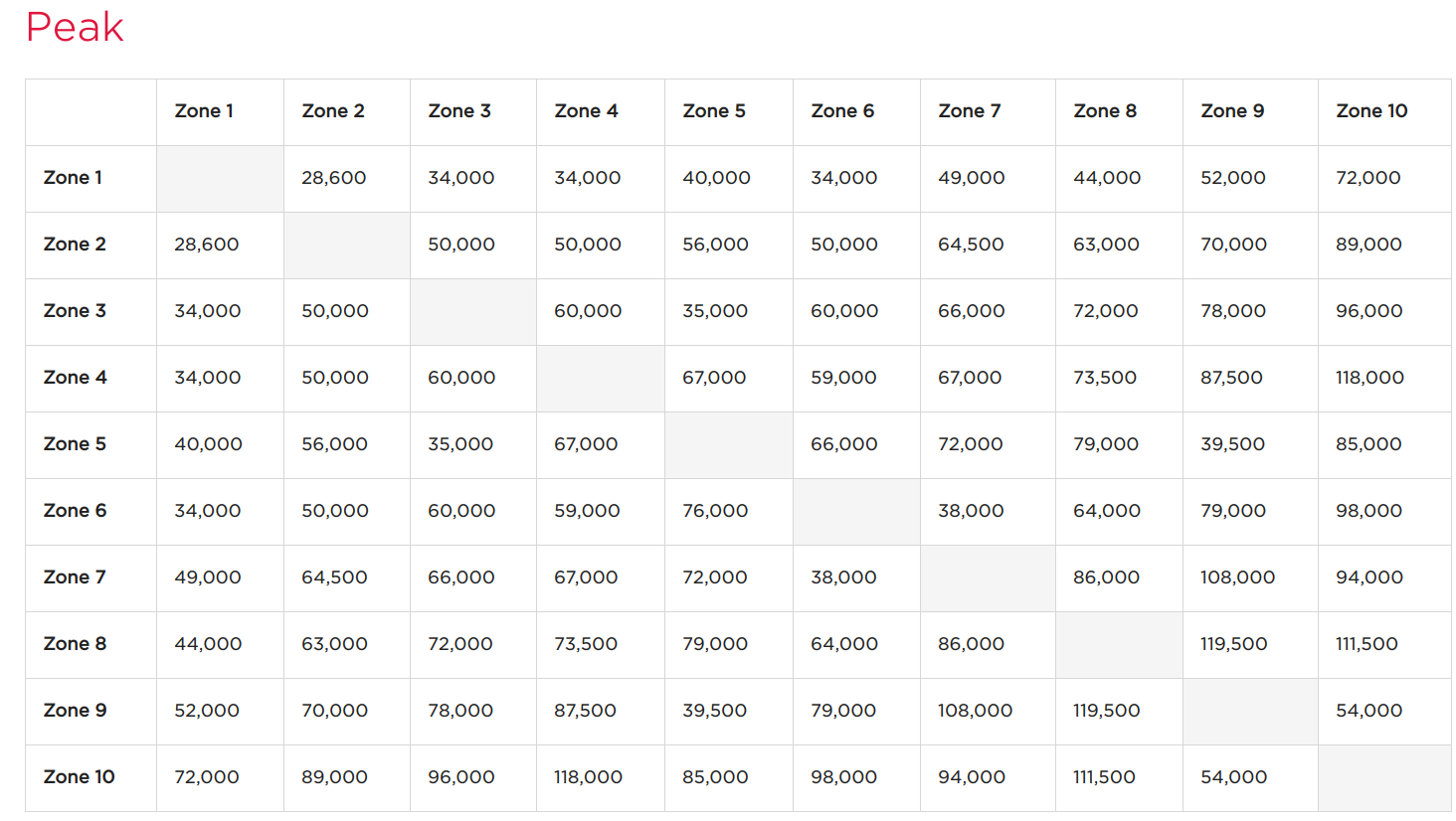 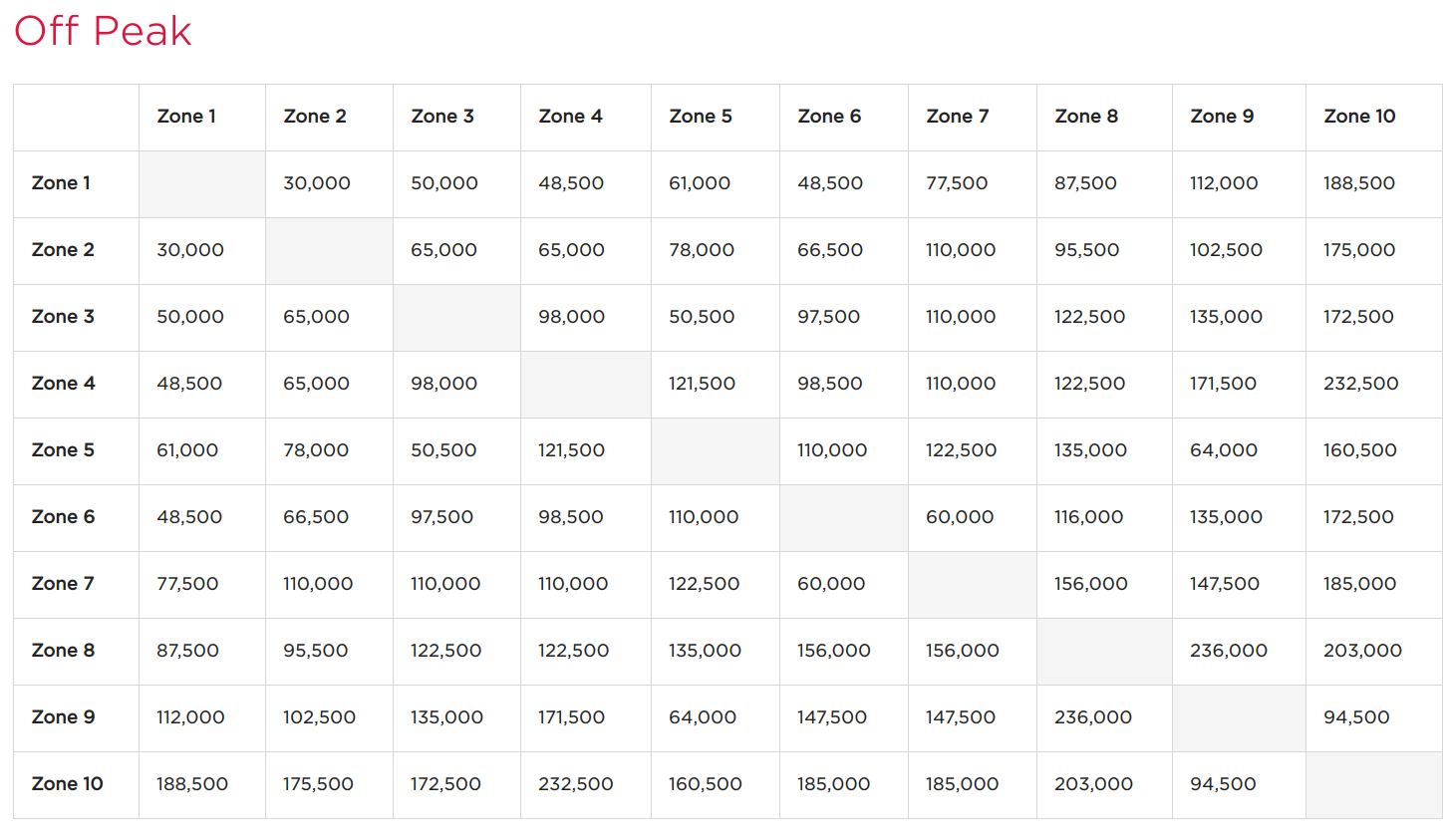 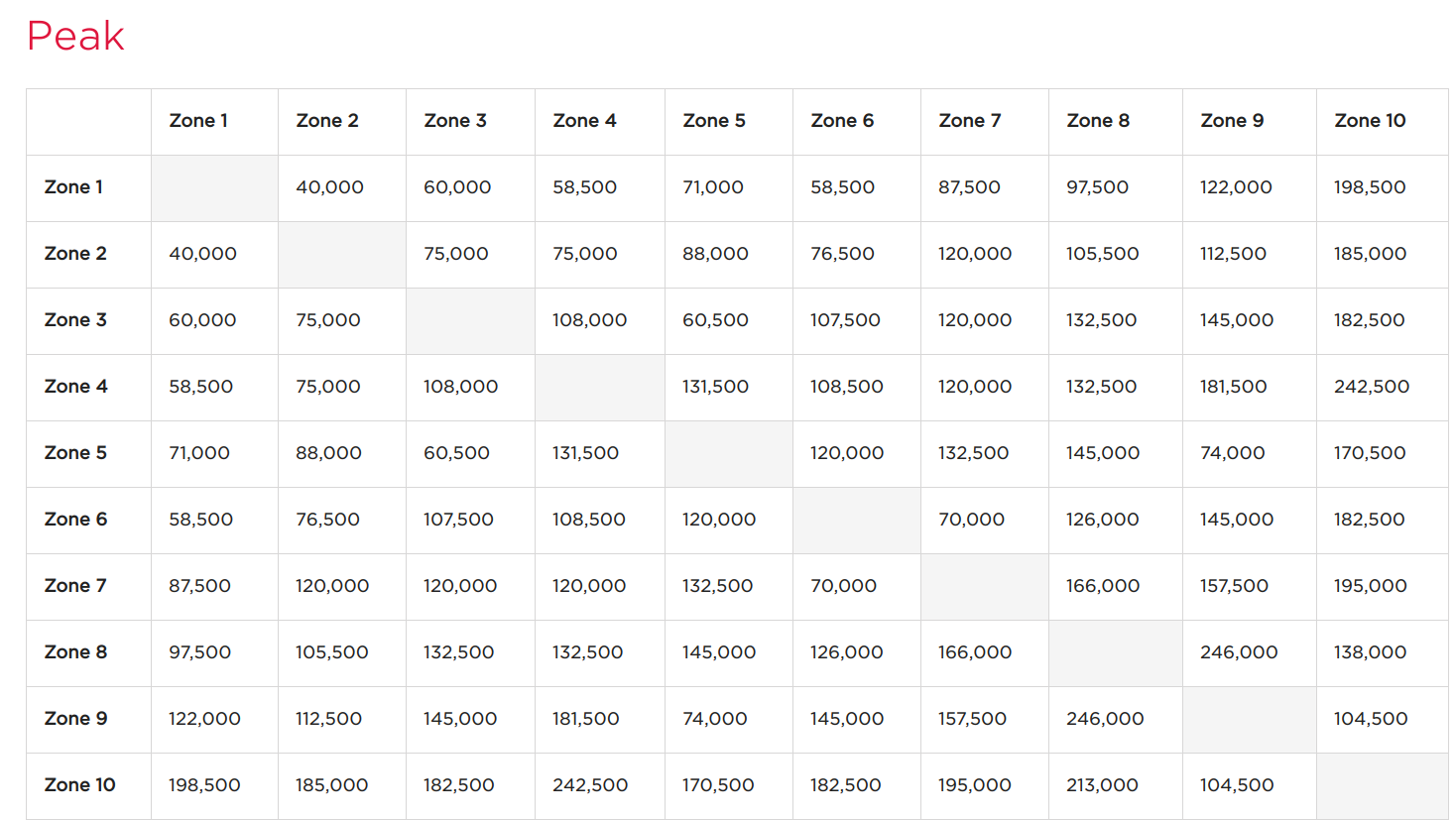