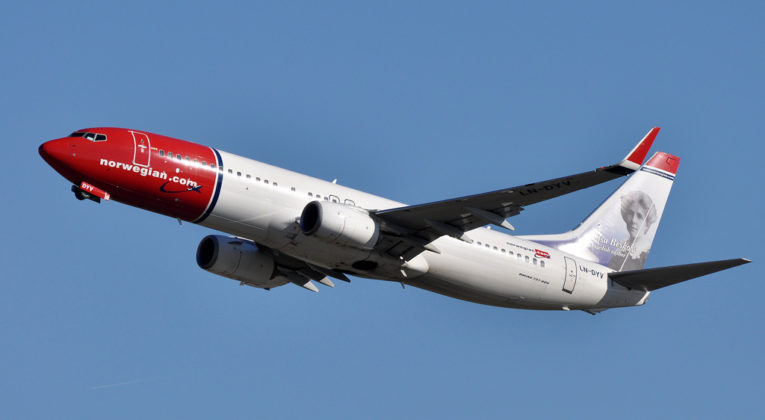 Norwegian may be pulling US bound flights from Edinburgh in April, but if you fancy a visit to New York in the next couple of months, there are still some excellent fares available – starting at just £227.30 return! 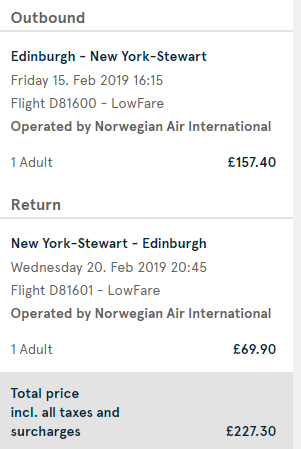 Availability from now until the end of the schedule in March looks good:

As you can see, the New York to Edinburgh flights can be booked one way and are absolutely incredible value at £69.90!

It’s worth pointing out these prices are for basic fares that don’t include advance seat selection, checked luggage or food. You can take a cabin bag weighing up to 10kg though, which would do me fine for a long weekend.

It’s also important to know the route is operated by one of Norwegian’s 737MAX narrowbody aircraft which you might be more used to seeing on a short-haul hop to Europe rather than a transatlantic jaunt. However, the flight to the East Coast isn’t that long (7hrs), so if you take your own entertainment and snacks you’ll be fine.

Also note that New York Stewart Airport is about a 90 min coach ride ($20) from Manhattan, but the immigration queues when you land will very likely be significantly shorter than if you landed into a major hub like JFK (particularly with the TSA not being paid at the moment due to the current political impasse in the US). I wouldn’t be very surprised if using Stewart Airport actually got you into Manhattan faster than any of the other options at the moment.

One ways can be useful too…

At prices like this, Norwegian can be an excellent way to position yourself to the USA in order to redeem fewer miles for First/Business class, or incur much lower surcharges. For example most Alaska Mileage Plan redemptions, and some of the best value ones, require you to touch North America – usually starting or ending your journey there so this could be your positioning flight before you head off to South Africa (via Hong Kong, with a stopover for as long as you like!) in Cathay Pacific First Class!

Are you going to miss these ultra cheap Norwegian flights to/from New York when the service ends?