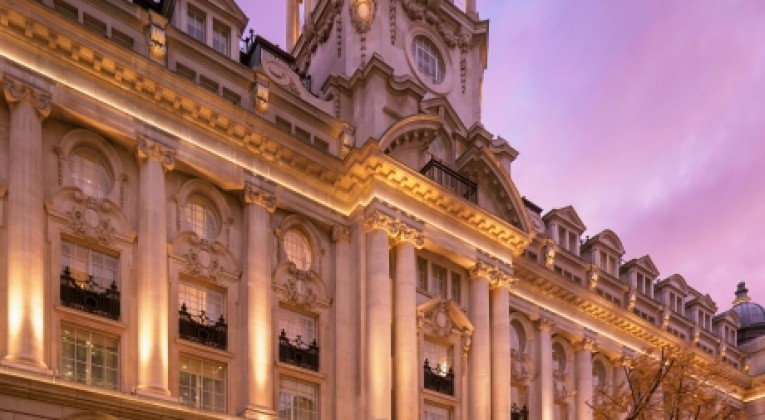 Skift reports that InterContinental Hotels Group (IHG – one of the largest hotel groups in the world) –  is looking to buy a new luxury brand this year,

(IHG CEO Keith Barr stated) “We are very focused on the sweet spot of acquiring an asset light, small luxury brand company or companies with a strong customer proposition, [and] strong owner proposition that we can grow…

This is interesting for a few reasons – partly because it demonstrates the clear industry trend towards further consolidation in terms of the number of companies and the increasing variety of brands within those companies; but also because it perhaps reflects an appreciation that IHG’s only existing ‘luxury’ brand – InterContinental – doesn’t appeal to as many luxury travellers in 2018 as IHG might like.

While the hotel industry in general is getting far too worked up about the supposedly unique needs and desires of ‘millennials’, it’s certainly fair to say that there are substantial market segments which aren’t particularly attracted to the InterContinental brand.

What really drew my attention though was the specific nature of what IHG is looking for: small and asset-light luxury brands.

In the context of the hotel business, ‘asset-light’ is the term used to describe a business model where the hotel companies own relatively few (or none) of the physical hotels that carry their brand names. Instead, the hotels are owned by all sorts of different investors and developers, who then pay a management fee (and/or franchise fee) to the hotel company and conform to certain brand standards, in order to operate under the badge of a particular brand. This is now how most of the big hotel companies operate, with IHG directly owning fewer than 10 of the 5,000+ hotels that its brands cover.

Given IHG’s business model, it’s hardly surprising that if they are looking to acquire new brands, the company would prefer them to also be asset-light. The interesting question is, which (unattached) luxury hotel brands fit the description?

This is where it gets tricky, because many small luxury brands operate relatively asset-heavy models – it gives them more control over the guest experience. This has been changing a bit over the last few years, but it’s still broadly the case. Let’s take a look at a few examples to show you what I mean:

Mandarin Oriental (MO) has 29 hotels and only 10 are directly owned (which sounds quite asset-light) – but as of December 2016, 84% of net income (EBITDA) came from those 10 hotels. To be fair, MO is pursuing expansion via management contracts, so if you include what’s in the pipeline, maybe MO would fit the description? I’m not convinced.

Shangri-La is in the same situation as MO, but is even more asset-heavy. I also think it might be a bit too big for what IHG is looking for, with over 100 hotels.

Peninsula Hotels could be a great fit in theory, but is extremely asset-heavy, so doesn’t sound very likely based on the comments from IHG.

Belmond is not asset-light but looks the right sort of size in terms of the number of hotels. (EDIT: The Times has reported that IHG are making advances on Belmond, despite the company being far from asset-light)

Four Seasons certainly fits the asset-light description, but is it too big?

Rosewood is asset-light, not too big, has hotels in (what I consider to be) the ‘right’ locations, and would provide a ‘real luxury’ edge to IHG. Whether Rosewood Hotel Group would be willing to sell just the ‘Rosewood Hotels and Resorts’ brand though, without having Pentahotels and their other brands included in the deal, I don’t know…

I’m not really sure what might be on the cards, but it’s fun to speculate! If I had to guess, I’d say Belmond and Rosewood look like possibilities, whereas the others would be more surprising for one reason or another. What do you think the likely options are – and what would you like to see?

Are there any obvious candidates that I’ve not considered? (Almost definitely!).