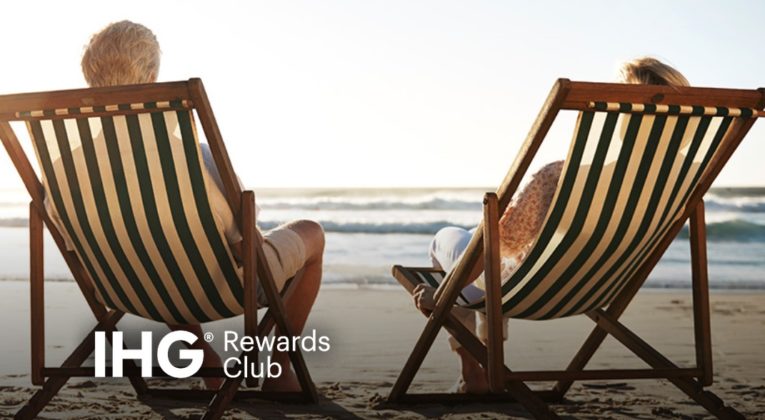 Many people view hotel chains as corporate monoliths, when in fact they are a grouping of thousands of independently-owned franchises that rely on detailed contracts to govern their interactions. At its most basic, a local businessperson might decide to build a hotel somewhere. But rather than call itself Hotel ABC and hope to attract customers online and locally, the owner often prefers to take advantage of the marketing muscle of a major chain and will sign up to be a franchisee. The local owner might even go further and contract for full management by the hotel chain (i.e. think of the difference in buy-to-let between managing the property yourself or paying an estate agent to handle everything).

But what happens when you are using points for an award night?

Since the franchisee isn’t receiving any revenue from you, but must provide you with a free room night, the loyalty programme division of the hotel chain steps in and makes a payment on your behalf.

If the hotel is nearly full, then the franchisee usually receives an amount equivalent to the average room rate for the night in question.

At other times, the franchisee often receives a rather small amount of compensation, under the assumption that:

But how much does the franchisee actually receive for award nights?

Normally we only find anecdotal evidence from the occasional hotel incorrectly informing the guest of the reimbursement to be received from the hotel chain. But a much more detailed schedule of reimbursement has been leaked for IHG Rewards Club. It looks like this: 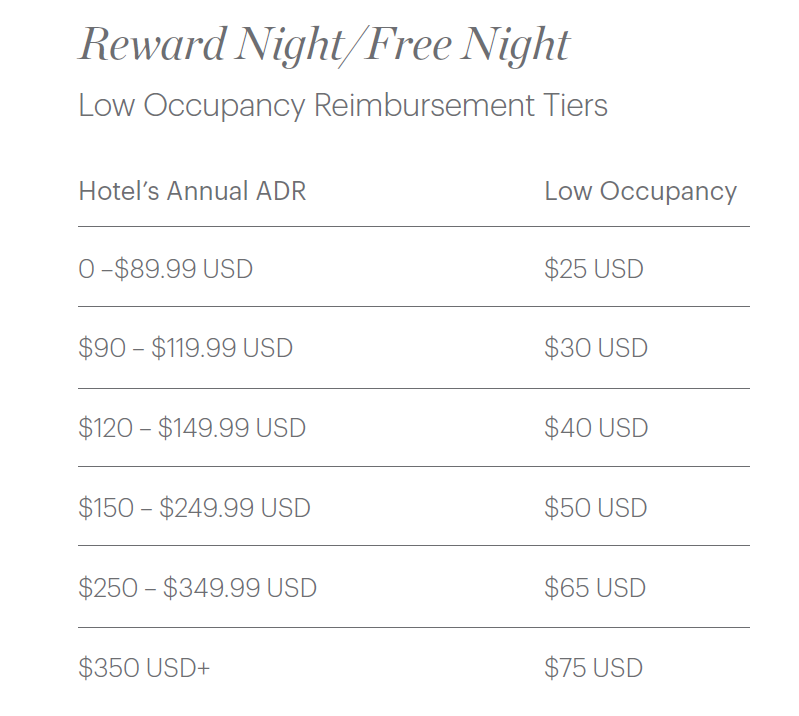 If a specific hotel manages more than 1,000 award nights in a calendar year – roughly 2.75 award rooms per night – (or >2% of total room inventory for smaller hotels), then the hotel starts to receive additional payments for award nights. 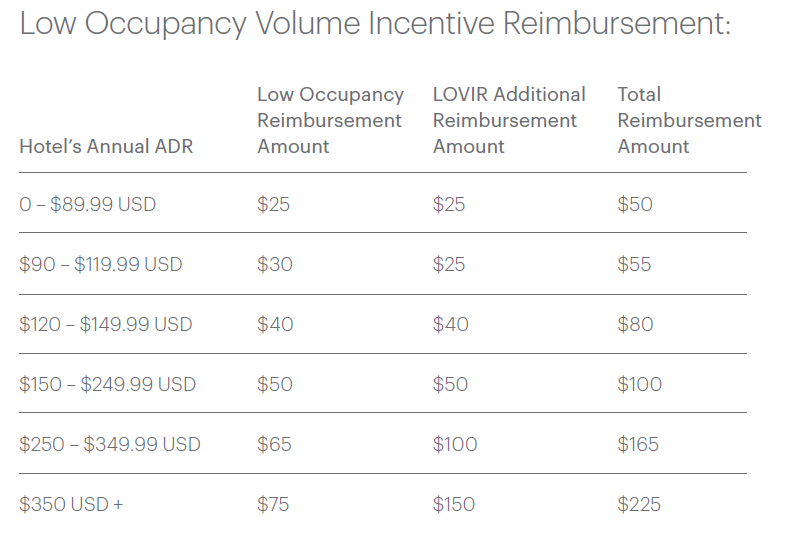 So what does that mean, Craig?

The crucial thing to note is that the franchisee is paid based on annual average room rates, NOT THE NUMBER OF POINTS THAT YOU ARE CHARGED FOR THAT AWARD NIGHT. The franchise owner is only able to decide how many rooms to make available as award nights. Although IHG Rewards Club promote the lack of blackout dates, the franchisee is only required to make 5% of their room inventory available on points. Some franchises might decide that those reimbursement rates look pretty good, especially if they make it to “volume incentive” territory. Other franchises might just prefer that their guests pay cash, and limit the availability of award nights accordingly.

IHG Rewards Club is the entity that decides how many points to charge you for an award night. This is where another crucial factor comes into play. If you read the annual reports of any publicly-owned hotel chain, you should find data on the outstanding liability of the loyalty programme points outstanding. In the case of IHG, they “owe” $685 million (£480 million or so) as at the end of 2016. This is their estimate of the total cost of providing free award nights to their members. Unfortunately, we don’t know how many points are outstanding, so we don’t know how much IHG’s accountants (and its auditors) think a point is “worth”.

But we can be confident that the management of IHG Rewards Club doesn’t want to appear to be unprofitable. This means that they will want their “points liability” to reduce by a greater amount than the amount actually paid to a hotel for an award night (i.e. when you hand over those points for an award night, the associated liability is extinguished from IHG’s accounts – this is a benefit for the corporation).

So, if a $125-per night hotel is located in a popular holiday destination – don’t forget that this is an annual average, including both peak periods and off-season – IHG Rewards Club might end up reimbursing the hotel $80 for an award night with the volume incentive added. (see the third row on the second chart above) I can say with substantial confidence that IHG Rewards Club will then decide to charge at least 30,000 points per night, if not more, to avoid losing money when its members choose to stay at that specific hotel. If IHG gets their predictions wrong for select hotels – or those hotels earn a higher room rate than expected – you can be sure that the hotel in question will cost more points when the annual update occurs…

So, why can’t PointBreaks be fixed?

The marketing / promotional value of PointBreaks is long gone, thanks to blogs and travel hacking in general (many readers might remember the issues reported around the resale of PB award nights in China). Most attractive hotels sell out within hours of becoming available on PointBreaks – the Holiday Inn Express in Hammersmith is already sold out, for example – well before the vast majority of IHG Rewards Club members are even aware of the potential discount. Can you imagine Virgin Atlantic finding much marketing value in offering a fare sale for two hours and not informing anybody about it? I didn’t think so…

So, we are left with the hard numbers. Charging 15,000 instead of 5,000 for a PointBreaks award does indeed wipe off three times as much “point liability”, but it doesn’t come remotely close to covering the cost of providing award nights at popular locations. It might help the PointBreaks list from becoming a complete joke, but I believe that we will continue to see a combination of:

I would love to be proved wrong, but we’re not going to see the Intercontinental Park Lane on PointBreaks any time soon, as each award night could cost IHG Rewards Club $225 (£160) to provide. And watch that “outstanding points liability” number. The more it increases, the more likely we will be charged more points for award nights, to bring IHG’s liability back down…

What do you think? Can PointBreaks be saved?