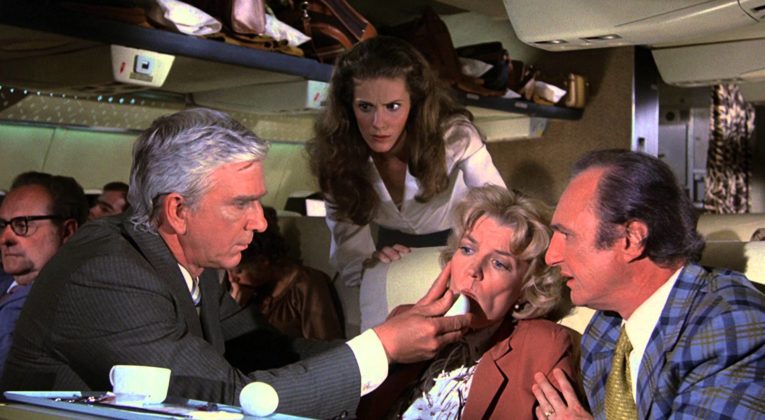 What’s your biggest fear when you’re flying? Do you even have one? I recently stumbled across an older article by Joe detailing his very real phobia, so I thought I’d share my experiences. Since a child, I adored flying. Heck, I even enjoyed airports (but that has long since changed). Flying meant a holiday and the excitement never really built until I stepped into that departures hall. Whilst the novelty has long worn off, I still enjoy flying – often a rare chance for solitude, reflection and an excuse to watch terrible movies.

But then last year things slightly changed. I was on the second leg of my way to Manchester from Melbourne having just polished off my dessert when the purser makes an announcement: “Is there a doctor or medical professional on board?” A familiar feeling of resignation and dread began filling the pit of my stomach. Whether we admit it or not, it is one of the worst things a physician can hear when flying.

But let me provide a bit more context. Prior to that flight, I had heard that announcement six times since I qualified as a doctor, not including the time on the Eurostar to Paris. On this flight to Manchester, I would be asked to see three different patients over the next 6 hours. To put it mildly, it was rather stressful. I’m sure many medical staff have dealt with more than nine in-flight calls for assistance over their career – but bear in mind I’ve only been in this profession for four years!

Of course, but it’s not quite that simple. I am a Doctor, but I’m not an Emergency physician or even a GP.  Not only that, dealing with an emergency on a plane is far from an ideal situation. In fact, almost anywhere else on Earth is more ideal than a tin can in the sky. The cramped surroundings, loud engine noise and the lack of resources can make accurate diagnosis extremely challenging – let alone effective treatment.

It’s also a tin can that can bring out the worst in people sometimes. I’ve read numerous stories of flight attendants and passengers becoming angry/obstructive as physicians have tried to save people’s lives because it is inconveniencing their journey.

Speaking of inconvenience, it’s a obviously a secondary issue, but few people honestly want to be called into action on their supposed down time. There are also considerations surrounding how much, if any, alcohol I have consumed.

The real fear though is that you have no idea what the ‘emergency’ is, or whether you will actually be able to help. Is someone needing an “Angus Wallace” or have they just got a bit plane sick? Being the ‘most qualified’ person onboard, but potentially facing something well outside your competence is a horrible feeling. Determining whether I might have to advise the pilot to divert the plane is a surreal level of influence.

For me, the worst aspect is not knowing what I’m volunteering for, combined with not knowing what, if any, assistance I will have. It’s a long walk of dread for me as I traipse down the aisle to identify myself.

Then there is the important concern regarding liability. Things are a bit murky when it comes to the legalities of dealing with in flight emergencies. Most countries have some level of Good Samaritan laws that provide some form of protection for assistance offered without charge. In this country, our Medical Defence Unions will provide help too. But in today’s increasingly litigious society – with some cultures being particularly trigger happy with their lawsuits – it really can be cause for concern.

Unlike Germany, in the UK there is no legal obligation to offer assistance. However, the General Medical Council (GMC) argues that one has an ethical and professional duty to offer help. If they find out, they are very happy to discipline anyone they feel falls foul of this. But I do agree with them. This is the overriding sentiment that gets me out of that seat every single time. Whilst I may feel useless, I’m certainly more useful than a well-intentioned, but ultimately less experienced member of the public or flight attendant.

The only thing that would stop me is alcohol consumption. If I’ve had a few drinks before the incident, then it would of course be irresponsible of me to offer my services. This never used to matter much before I started ‘travel hacking’. But now that I nearly always have lounge access through various routes, I’ve invariably had a few drinks before I’ve boarded.

In the end, none of the nine patients I have attended to on flights have ever had any serious illness or emergency and were sorted out with simple measures. That doesn’t mean the staff were wrong to call for a medical opinion. I am extremely grateful that this was the case. In future, I sincerely hope that my 100% record continues.

Oh and before anyone asks, I didn’t receive any drinks/upgrades/air miles etc. I’m fine with that too – obviously that’s not why I do it!

It’s estimated that there are 16 medical emergencies per one million passengers around the world each year. It’s a small number in the context of how many passengers fly each year, but still a real and growing issue. Especially now that people with serious chronic conditions are surviving and flying more than ever before.

Despite it being a statistical rarity, I seem to have had a disproportionate number of encounters recently. Until last year, it wasn’t something I ever gave much of a second thought to. Now I find myself getting a twinge of dread every time I board, hoping that I will get through the rest of my film undisturbed this time – and much more importantly, that if I am called on, I’m able to actually help.

Let us know in the comments below if you have any experience of in-flight medical emergencies or any fears related to flying? Maybe your new biggest fear is getting on a plane with me?

Dr Redeye is an obsessive leisure traveller, with a predilection for the luxurious. Once he discovered how miles and points could aid in his quest to sample the world’s best restaurants, he was hooked. When he’s not plotting his next meal or how to use his point stash for his next escape, he kills time working as a doctor in London.

Whether you want to travel in style, on the cheap, or both, Dr Redeye’s aim is to help make it as simple as possible.