I had been pretty impressed by the Starwood / Marriott merger – until now.

Due to a quirk of the Marriott Rewards loyalty programme expiry rules, I am currently missing more than 120,000 Marriott Points that I transferred from Starwood Preferred Guest (40,000 Starpoints) just 6 weeks ago.

As a result of terrible customer service, I have so far been unable to get the Points back despite phoning numerous times and emailing.

Yep, that was my reaction too…

Marriott Rewards has a Points expiry policy where all Points get removed from your account if you have not had a qualifying activity on your account in the past 24 months. That’s fair enough and actually more generous than some other hotel loyalty programmes.

I wasn’t very interested in Marriott before the merger with Starwood, and the few stays I have had with them over the last few years were booked by other people, so there was no qualifying activity on my account. Therefore, back in February when ~ 2,000 Points in my account expired because of the above policy, I didn’t mind.

Then the Starwood merger happened, I was excited and wanted to test linking my accounts, transferring Points between them etc, in order to share the results with you on here, so I transferred a chunk of Starpoints across.

Given that Marriott had already removed my Points in February, I assumed (incorrectly) that had reset the expiry clock for another 24 months.

SPG has a 12 month expiry policy but I always have plenty activity on there, so the Points I transferred would have been fine in my SPG account for about a year even if I completely stopped any future activity there.

I didn’t really give expiry any thought to be honest, but just assumed that either the transferring of Starpoints to Marriott would count as qualifying activity (it doesn’t), the Points would keep their SPG ‘life span’ (given that I could transfer them back to SPG at any point), or that I had many months left before I had to worry about expiry because my account had already been zeroed off in February.

In other words, it basically didn’t cross my mind that my Points would be at any risk at all.

Imagine my surprise then when I logged into my account on Friday night to make a booking and saw that all my hard-earned Points had disappeared! 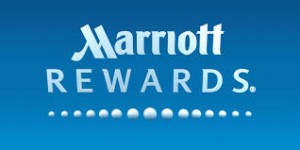 So, how did this happen?

I think (though haven’t been able to get anything confirmed by a Marriott agent yet), that this issue has been caused by a little-noticed quirk of the Marriott Rewards expiration policy.

I mentioned the 24 month rule above, but there’s an additional detail to it that I’ve never heard or read about before, and that I can’t imagine would have caused any significant issues before the SPG merger, but is of potentially vital importance now.

“Starting February 1, 2016, accumulated points will be removed from your account if you do not have a qualifying activity in the prior 2 years”,

but if you dig into the FAQs, it also states,

“The program reviews member activity of the previous 24 months every month“.

Before the merger, this policy was unlikely to get noticed, because to accumulate any Marriott Points in your account, you would very likely have had to have stayed at a hotel or earned Points through a Marriott partner like Hertz – which would count as qualifying activity and therefore reset the 24 months.

Now though, you can accumulate large amounts of Marriott Points without any qualifying activity by transferring Starpoints across – and that seems to be the crux of the problem here.

For what it’s worth, I’m fairly certain this is an unintentional quirk that just hasn’t been thought through properly and that it will eventually get resolved, but in the meantime it’s something you need to bear in mind.

The story gets worse, before it (hopefully) gets better…

First of all, I just want to flag that making a Points booking doesn’t count as qualifying activity  – if it did, I’d have been fine as I made a booking a few days before the rest of my Points disappeared. I believe that a Points stay would count, but the reservation I made is for a future date.

I also received no email or notification of any kind warning me, despite the FAQs stating,

“Will I be notified before my account point balance is forfeited?

If you have opted into receiving Rewards communications and the Program has a valid email address, you will receive advance notice of your points balance being in jeopardy”.

I opted into receiving communications and Marriott Rewards has a valid email address for me (I seem to receive promotional emails more or less every day…) so I’m not sure what happened there.

As soon as I noticed, I rang Marriott Rewards, but the UK office was closed and there was no automatic redirect to an open office.

I then sent an email and received an auto-response saying that, “we will endeavour to reply to your message within 7-10 days“. It’s an interesting use of the word “endeavour” – we’re talking about answering an email in a week or more, not climbing Mount Everest!

This morning I remembered I have Marriott Rewards Gold status (thanks to my SPG Gold status), and rang the phone number for Marriott elites.

The gentleman I spoke with explained (in a not terribly friendly manner) that Points reinstatement would require a Manager and that “because it is the weekend there are no Managers”. He made a note of the issue and concluded the call by saying “maybe it might get sorted on Monday”.

For a company the size of Marriott not to have Managers, or anyone else who could assist, available at the weekend (even at the call centre for guests with ‘elite’ status!) is totally unacceptable. Responding to emails in 7-10 days isn’t hugely useful for urgent matters either!

How to make sure this doesn’t happen to you

Check the date of the last qualifying activity on your Marriott account now, and if you’re at all concerned, just keep all your Marriott/SPG Points in an SPG account and only transfer them across to Marriott when you need to make a booking.

I think this is a technical issue that will get resolved, but until then, save yourself the potential hassle and play it safe.

I’m really not the sort of person who usually kicks up a big fuss and expects compensation for every imagined slight in life, and I do believe that this is an honest mistake where Marriott/SPG just haven’t quite thought through the implications of Points transfers and the Marriott expiry rules.

On the other hand, it’s genuinely stressful to see such a large number of Points disappear without warning and then not be able to do anything about it. Mistakes and oversights are acceptable, but not being able to get the issue explained (let alone fixed) because it’s the evening or the weekend, really isn’t good enough from such a large company.

It’s also the case that this has had a material impact, as the reason I logged into my account was to use Points for a last-minute booking which I was then unable to make – and I wasted a good part of my Friday evening unsuccessfully trying to get things sorted too.

In my email to them, I’ve left it up to Marriott Rewards to decide whether they would like to provide some sort of compensation and what form that might take, but if I’m honest, I would think worse of them on this occasion if they decide not to offer at least a token gesture.

Has anyone ever come across this issue before?