You might think the best way to rack up Marriott Rewards Points from credit card spend would be on a Marriott credit card – but that would obviously be far too simple!

First of all, the UK card issuer, Creation, ‘temporarily’ stopped accepting new applications for the Marriott credit card ages ago. Secondly, the earning rate isn’t great anyway, so there’s a better option even if you happen to have a Marriott credit card.

You may remember that Marriott acquired rival hotel group Starwood recently, which has gone quite well from a consumer perspective so far (generally speaking!…), and that ‘Starpoints’ now transfer freely and instantly to Marriott Rewards at a 1:3 ratio. 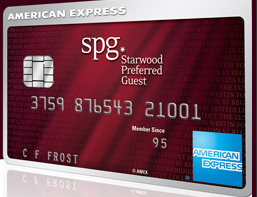 I got an email from Starwood yesterday letting me know the following:

” (We are) introducing a new way to earn Starpoints®: Earn 2 Starpoints for every £1 of eligible purchases spent on your Card at participating SPG® and Marriott Rewards® hotels from 15 November 2016 until 15 November 2017″ 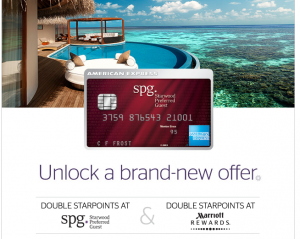 Basically I can now earn 2 Starpoints per £1 at Marriott hotels as well as at Starwood hotels. 2 Starpoints is the same as 6 Marriott Rewards Points.

(If you would like a referral for a slightly higher sign-up bonus just email me at [email protected]).

For the sake of completeness, I should also mention that it is possible to transfer American Express Membership Reward Points from the Amex Gold or Platinum charge cards to Marriott Rewards (via SPG) at an effective rate of 1:1.5 and the Amex Gold is free for the first year, so that’s another potential route for Marriott/Starpoint collectors.

The Hotel/Airline Points/Miles game can seem needlessly complex sometimes, with all sorts of ‘weird but true’ aspects to it. That the best credit card for earning Marriott Points isn’t actually a Marriott card might seem a little counterintuitive at first glance, but it doesn’t matter – you’ve got InsideFlyer to help!

For anyone interested in my current travails with Marriott Rewards (after their IT automatically decided it was a smart idea to delete 120,000+ Points I’d transferred over just weeks before!), I’m pleased to report that I have been assured the issue will be resolved and my Points returned. At the time of writing this, I’m still waiting to get all the details straight, and will post a full update once that’s happened.