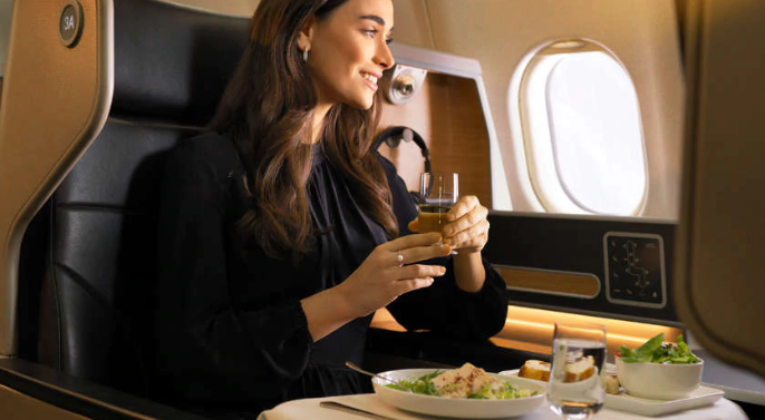 I have spent quite a bit of time recently writing about the remarkable award redemptions you can book using Cathay Pacific Asia Miles (a 1:1 transfer partner from American Express Membership Rewards):

There are still plenty of similar Asia Miles tricks to share, but rather than rehashing the Asia Miles award rules (you can find all that information in the previous articles), today I thought we’d use a ‘reader success story’ to showcase the sort of value it is possible to get from Asia Miles.

To put that into context, you would need 87,500-105,00 Avios (off peak/peak) + £625 just to fly London to Singapore with British Airways – little more than a third of the total distance Andrew was able to book by transferring Amex Points to Asia Miles instead. Of course, the Qantas flight actually stops briefly in Singapore en route to Sydney (no stopover allowed though sadly!), so it’s an interesting comparison.

Here are a few words/practical tips from Andrew on using Asia Miles to book these sort of trips:

“Asia Miles, once you get used to its foibles, is usable.

One thing I’ve noticed about the Asia Miles site is that some routes that it doesn’t allow you to book initially such as Doha – Edinburgh on Qatar can be booked by using Doha – London and then amending it to Doha-Edinburgh.

As for finding the Qantas space, there was a lot of luck involved… I had (a) look at Qantas availability, searching individual segments. I was trying SYD and MEL as destinations and noticed that there was some decent LHR-PER-MEL availability which got me interested. That flight includes the Qantas 787 from LHR to PER before continuing to MEL (same flight number). I believe that’s currently the longest non stop commercial flight so it would have been pretty cool and definitely doable in Business Class! However finding a direct Trans Pacific connection from MEL to the US with Asia Miles availability proved impossible.

I tried using the LHR-MEL flight and then crossing the Pacific from SYD but of course it priced up much higher. I assume you have to fly out of the same hub that you fly into to get the 90,000 mile one way rate.

I could see there was availability from SYD to SFO so I had a further search to try and match it up with a flight from LHR to SYD. There is less availability on that route but with a little effort I found a flight from LHR to SYD with dates that matched up nicely with my Trans Pacific flight, giving me 19 days in Australia. I was actually aiming for the Qantas SYD-LAX-JFK (same flight number) for the Trans Pacific segment. That would have been the ultimate prize, however I didn’t find any availability at all on that flight.

Finding Qantas availability is the big challenge with these awards, so I thought Andrew’s final tip in particular was great! As he also mentioned, the ‘ultimate’ Qantas redemption using Asia Miles would be to fly from London to Sydney (via Singapore); stopover in Sydney for x days; Sydney to New York (via LA): 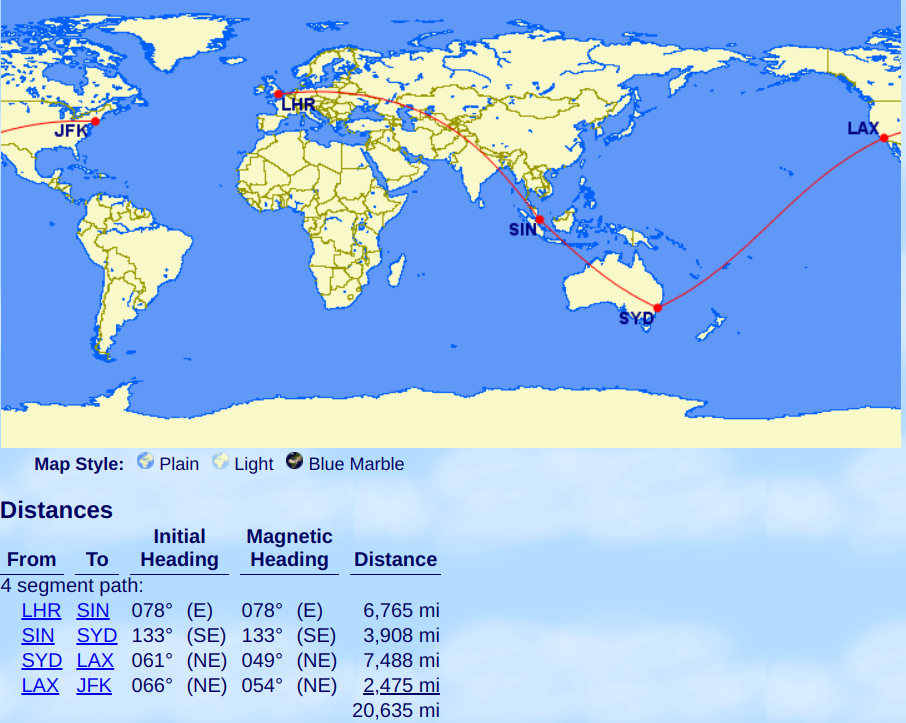 As you can see on the map above (from GC Mapper), that would almost be a complete ‘Round The World’ trip for just 90,000 Asia Miles (+ taxes/fees) – the remaining distance between New York and London is a relatively tiny 3,450 miles.

If any reader manages to find availability and actually books the above, let me know ([email protected]), and I’ll personally send you a bottle of champagne to celebrate!