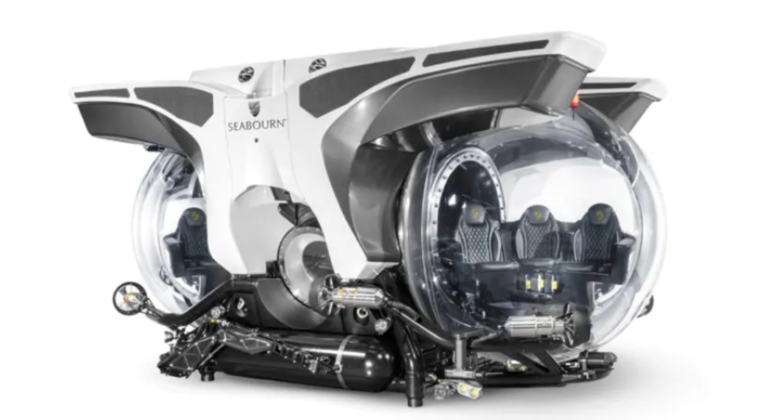 Many travellers I know are pretty dismissive about spending holiday time on a cruise ship. The common concerns are that cruise ships might be too crowded; that they might get bored at sea; or that cruising is too ‘touristy’ or somehow tacky.

These people are my friends, but that doesn’t stop them being completely wrong. The combination of being able to stare at the sea and the sky from the middle of an ocean, at the same time as enjoying tremendous luxury, is tough to beat in my view.

The large cruise lines continue to produce ever-bigger ships, with all sorts of remarkable (admittedly, often gimmicky) facilities. I like the big ships and have spent plenty of time on them, but it’s the smaller cruise lines and smaller ships that get more of my attention these days.

One of the great benefits of sailing on a smaller ship is the chance to see places and stop at ports that would otherwise be incredibly difficult to visit – like Antarctica.

The trade off you normally make make with a smaller ship though, is a relative lack of facilities. I could happily just wander round deck all day personally, but if you like your ships to have ice rinks and climbing walls, you would usually assume that small ships aren’t for you.

All of which brings me to the news from ultra-luxury Seabourn Cruises, that its new ship – the 264 passenger Seabourn Venture – will feature 2 custom submarines!

“Each battery-powered sub will carry six guests as well as one pilot, who will guide the journey up to 300 meters beneath the surface to explore sunken wrecks, reefs, and view marine wildlife in their natural habitat. Guests are seated in two clear acrylic spheres flanking the center pilot’s station, with an awe-inspiring perspective of the marine world just outside thanks to undisturbed and undistorted views in virtually all directions. The three passenger seats in each sphere are mounted on a rotating platform that can turn for best sightlines.

To maximize the guest experience, the subs will be outfitted with a host of optional equipment to enhance this once-in-a-lifetime opportunity. A 4k underwater video camera system will record the world outside while an internal video recording system will capture imagery of guests inside and their direct surroundings. Video footage can then be downloaded and projected on large screens in the Discovery Center during lectures aboard the ships. A six-function manipulator arm capable of lifting up to 32 kg (about 70 pounds) will also be mounted on the side of the sub. In keeping with the luxury experience found on Seabourn, each sub on both ships will be outfitted with custom embroidered leather upholstery, two air conditioning systems, a Bluetooth stereo system, and champagne chiller for guests looking to toast their voyage of discovery. “

Robin West, vice president of Expedition Operations for Seabourn had this to say,

“The undersea world is often considered as the last great frontier on Earth, with more than 80 percent of the underwater realm remaining unmapped, unobserved, and unexplored according to the U.S. National Oceanic and Atmospheric Administration…With these subs, we’re going to take our guests to places that few have ever seen firsthand, leaving them with a perspective on the world around us that is jaw-dropping and will create stories to last a lifetime.”

This is the most exciting new activity I can imagine a cruise line (or any travel business) offering. It’s simultaneously ridiculous and amazing – a bit like having a shower in Etihad/Emirates First Class, but so much more incredible!

Sadly, with fares starting at £4,500 per person for a week, I doubt I’ll be experiencing it anytime soon.

What do you think about submarines on cruise ships?