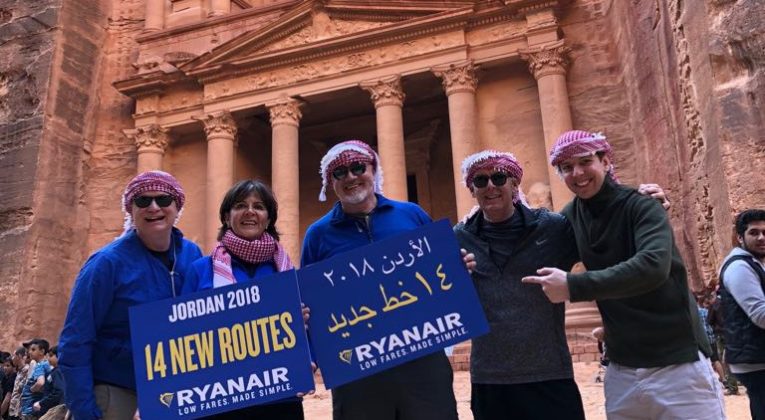 Ryanair recently announced that it will commence operations to Amman and Aqaba airports in Jordan later this year. You might think that ‘Ryanair expands’ isn’t much of a story – but although it’s very early days, this particular expansion could be the start of something very significant.

Ryanair intends to fly 10 year round routes between European cities and Amman, the capital of Jordan:

Ryanair will also operate some winter schedules to the city of Aqaba on the Jordanian Red Sea coast.

The only fare so far announced is 19.99 Euros from Paphos to Amman, so we’ll have to wait and see what the much longer flights from cities like Brussels and Cologne will look like.

There are 3 main reasons:

The way the low cost carriers expand is something I keep a close eye on. When you consider the profound impact their dominance of short-haul flying has had, not just to the aviation industry, but to broader society and culture over the last 20 years, it’s fascinating (to me anyway!) to see what might happen now they’re starting to encroach on mid and long haul markets.

Are you tempted by a trip to Jordan on Ryanair? I think I might send Craig…