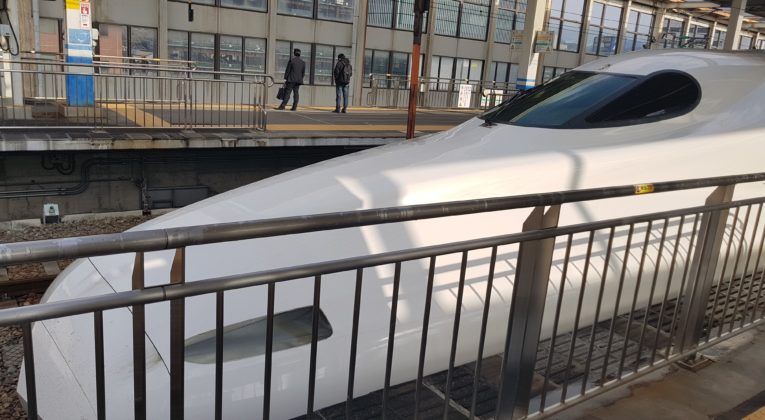 OK, so this may be a specific only to Japan travel tip, but I think it’s important to share! Japan is an amazing place to explore, and due to the distance and expense involved getting there from the UK, a popular travel hacking target destination. One top tip to save money on transport in Japan is to consider getting a Japan Rail Pass.

I managed to take advantage of possibly the best flight sale price in the whole of 2017 – christened the “Sake Fare” by FlyerTalk, €600 return from Brussels to Tokyo in Qatar business class. Having never been to Japan before, I took my usual approach of a “taster tour” to try and cram as much in as possible – which in Japan will quickly lead to you to include their world leading train network in your plans.

Japan’s trains are legendary for their cleanliness and timeliness. Indeed whilst I was in Japan, a train company in Tokyo made an “only in Japan” apology for a train leaving 20 seconds early…!

However, this efficiency comes at a price – Japanese train fares are not cheap. A single trip in standard class from Tokyo to Osaka on the Shinkansen bullet train will set you back 13,620 yen – which is about £90. If you plan on taking multiple Shinkansen this can soon add up. If, like me, though, you happen to not be a permanent Japanese resident, there is a way to save a significant amount cash – the Japan Rail Pass and its regional siblings!

Note these are only valid for JR lines. Japan also has a significant number of local “Private Railways”. For those private lines you have to buy specific tickets or passes, so bear this in mind when planning your travel as the station your hotel is next to might not be a JR one!

The most well known and popular pass is the national Japan Rail Pass. This can be for either 7, 14 or 21 days, and covers pretty much all JR trains across the whole of Japan, JR buses and the Miyajima ferry.

It is available for both standard class which on Shinkansen is laid out in 2-3 and “Green Car” as First Class is known on Japanese trains which is laid out 2-2 or 2-1. Personally I wouldn’t bother with the Green Car as Standard class is perfectly comfortable unless you’re taking a really long journey.

You must purchase an “Exchange Order” before travelling to Japan to get the prices below, there is a trial until 31st March 2018 allowing you to purchase the passes once you are in Japan at certain stations but this costs about 8,000 yen more.

Exchange Orders (essentially a voucher) can be purchased through authorised travel agencies (PDF of authorised agencies), which is then posted to you.

So a 7 day Standard pass is about £192. One return from Tokyo to Osaka, plus some local trains to Kyoto, Kobe and Hiroshima would mean you’ve more than recouped your outlay in standard class. A downside to this Pass is you cannot use it on the fastest bullet train services -Nozomi/Mizuho – meaning you have to take the slower services that stop more often which can add around 30 minutes to your journey. If you board a Nozomi train by accident you will need to pay the full fare!

If you plan on extensive travel across Japan, this Pass is a no-brainer.

However if like me you are only there for a short time, are not travelling extensively across Japan or are not there for 7 consecutive days (as you decide to nip to Hong Kong and Macau in the middle of your trip to Japan, because WHY NOT?!) – this might not work out as the best option. In these cases, you might be better with a regional pass.

The main railways in Japan are split into 6 different regions run by a different company which is part of the Japan Railways Group. Each of these companies offers a number of different passes for use within their respective regions, which whilst more restricted in their range, are cheaper than the full national JR Pass. 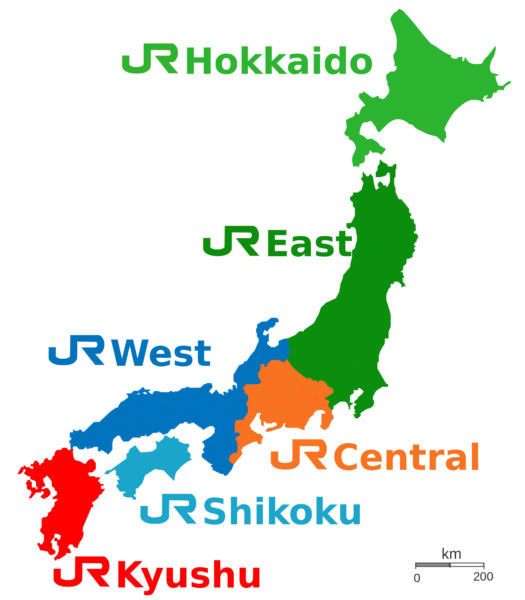 In my case, we landed at Tokyo Narita and had an overnight stop before heading to Osaka for 3 nights and then flying to Hong Kong. From Osaka, I wanted to visit Kyoto and Hiroshima. As we wouldn’t be using the train back to Tokyo, the full JR Pass was marginal in terms of paying for itself.

Instead it made financial and logistical sense to fly to Osaka on Jetstar for £56 (which included buying 30kg luggage and an exit row seat!) and then buy a JR West Kansai Hiroshima Area Pass which would get us to Kyoto and Hiroshima, including the ferry to Miyajima. This 5 day pass costs 13,500 yen (approx £89) if you pre-order it outside Japan and bring your printed Exchange Order (the confirmation emailed to you) to one of the main stations. It is only available for Standard class.

Purchase methods for regional passes vary depending on the JR regional company selling them. For JR West, they allow direct reservation on their website between 2 and 27 days before your intended start date and email you confirmation for you to print and bring with you. You then pay when you exchange at the JR West ticket office.

So as well as being about £50 cheaper than the JR National Pass, it was less hassle than dragging 2 cases each through Tokyo station and onto a Shinkansen and I got to see Mount Fuji from the air! 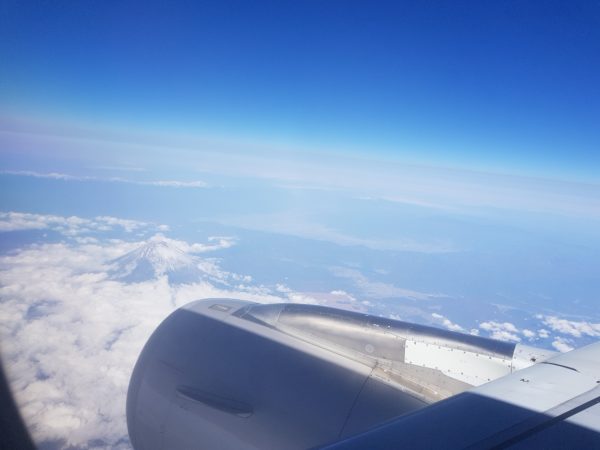 Unlike the JR National pass, the JR West Kansai Hiroshima Area Pass allows travel on the fastest Shinkansen between Shin-Osaka and Hiroshima, the Mizuho. Unlike the National Pass though, seat reservations are not included. At off-peak times this isn’t an issue but might be something to consider if you plan to travel during rush hour.

If you are visiting Japan, I’d say going on a bullet train is a “must do”, just to experience the almost theatrical efficiency (just make sure you follow the rules!), but also because they are a convenient and fast way to get around the country. The Japan Rail passes offer an opportunity for some serious savings – which is important in a country as generally expensive as Japan!

If you are only in Japan for a short time, or are focusing on a specific area, I’d recommend you check the regional JR company site for that area to explore the regional pass options rather than defaulting straight to the national pass as these can work out as an even better deal!