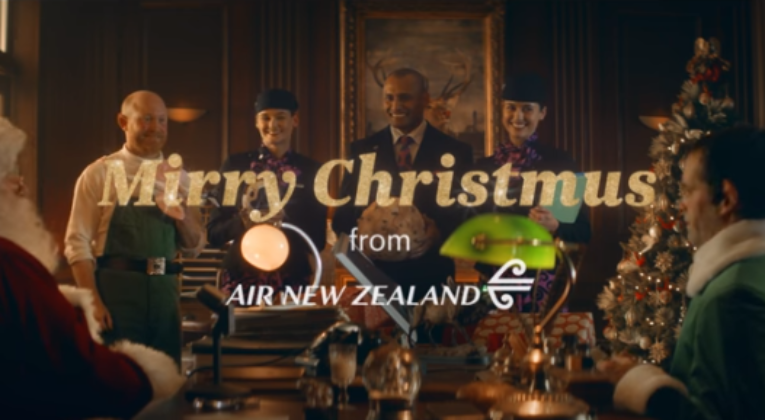 It may just be the fumes wafting through from the Christmas Pudding I’ve got steaming in the kitchen (recipe from Delia Smith’s Christmas, 1990 edition, naturally. Cake already baked.), or the dizzying excitement caused by the return of the InsideFlyer Advent Calendar, but I found an airline advert actually amusing enough to merit sharing. It’s rather Christmassy too, so if you fancy a chortle and a dash of Christmas spirit on your way home this evening, have a watch!

The PR people at Air New Zealand have really excelled themselves (the production values are weirdly good too – much better than many of the Christmas films that Channel 5 seems to specialise in anyway!):

The press release explains the thinking behind the advert quite nicely,

“While it’s no secret the Kiwi accent has been misunderstood at times, it’s also a signature part of our service.  In fact, for many Kiwis, being welcomed onboard an Air New Zealand flight by crew after being offshore for some time makes them feel instantly back at home.

“We wanted to celebrate the festive season and the Kiwi accent in a humorous and uniquely Air New Zealand way.”

Miriam Meyerhoff, Professor of Linguistics at Victoria University of Wellington says: “New Zealand English has had 150 years to go native. In that time, the short vowels have wandered and that’s what makes it sound so distinctive – as the flight attendant in the video explains.  It’s great to see Kiwis owning this distinctiveness and embracing it for comic effect.”