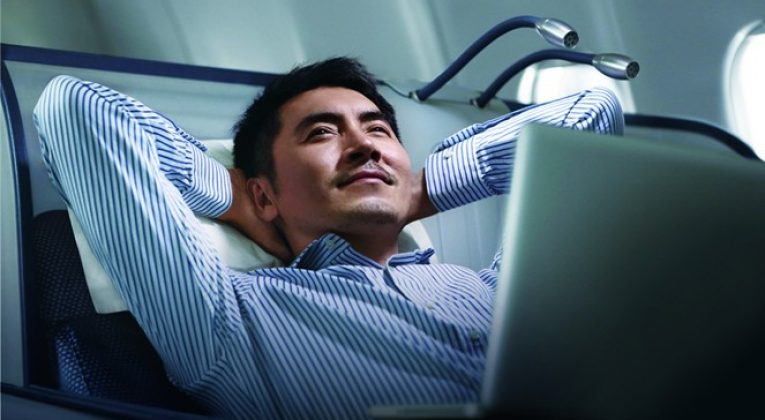 Until Sunday (26th February 2017), China Southern is offering some excellent fares in Business Class to New Zealand and Australia from Germany – starting at just £1,420 (1,673 Euros) Return.

The cheapest comparable flights I could find on other airlines were ~£3,000+, effectively making these fares half price!

The fares are available between the following dates:

I had some issues getting the website to search properly to begin with, but it’s worth persevering because the cheap fares are definitely bookable:

It seems you should also be able to find similar fares from Dusseldorf and Munich too. 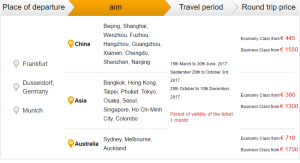 For my money though, Sydney, Melbourne (and particularly) Auckland are the real standout bargains. Availability is patchy but not terrible, so if you are interested I would book asap.

I couldn’t replicate the fares using Kayak or similar sites, so go direct to the China Southern website to book.

Reviews are a little mixed to be honest, and unless you manage to find a route which they fly one of their Airbus A380s on, then the Business Class cabin is going to be a 6 across 2-2-2 layout, without much privacy.

That said, flying to New Zealand takes a long time, so just being able to lie down would make a massive difference.

Business Class from Europe to New Zealand for under £1,500 is an extremely good price. China Southern may not offer one of the best Business Class cabins in the world, but when you’re travelling for that long, it’s still going to be hugely preferable to Economy or Premium Economy with any other airline.