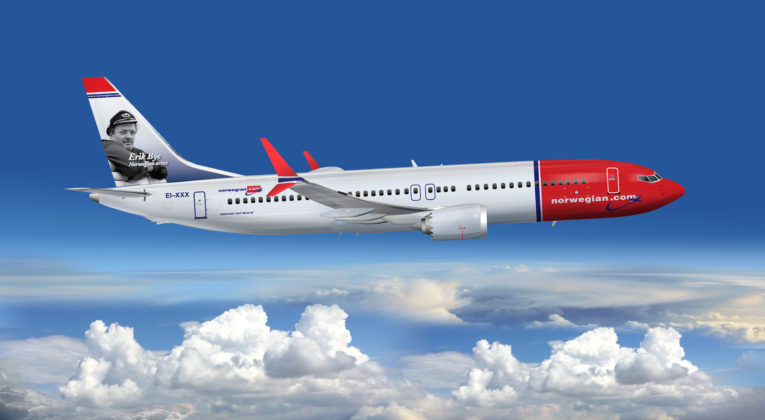 Don’t let the name put you off either, you don’t necessarily need to connect in Norway (or anywhere). Direct flights from London to Boston, for example, can be had for as little £234 Return.

Direct flights between Stockholm and New York are even better – an incredible £166.20 Return!

Obviously, by the time you factor in getting to/from Stockholm and probably staying overnight you’re unlikely to save much/any money by routing via Scandinavia rather than taking a Direct flight from London, but if you fancy a quick look at Copenhagen, Stockholm or Oslo enroute to somewhere further afield, the option is there.

If you think I might have cherry-picked those flights because Norwegian kindly gave us some great Calendar prizes, I’m pleased to let you know that those prices are available almost every week from January through to March, and there are plenty of similar prices on other routes too.

What I really like about Norwegian is the ability to buy one-way flights at a reasonable price. Many of the more established airlines still charge silly money for one-way flights, which can be genuinely infuriating at times.

New York to Europe for £78 one-way would have been unbelievable 10 years ago!

For Points/Miles collectors, being able to book cheap one-way cash flights is particularly useful, if, for example, you can’t find award space both ways or don’t have enough Miles for a Return.

Also, some people prefer to use their Miles on daytime flights to make the most of their experience in Business/First Class, while for others it’s all about being able to have a proper lie down on night flights. Regardless, if you’re happy enough flying Economy in at least one direction, you should definitely check out Norwegian.

I love flying Business and First Class, however I think ‘airline snobs’ are a bit silly. The difference between Economy and Business Class can be massive, but the difference between short-haul low cost carrier Economy and, let’s say BA(!) short-haul Economy, just isn’t significant anymore. I always just pick the most convenient route and times that aren’t too expensive – and yes, that definitely includes Ryanair!

I’m therefore very pleased to see more competition and cheaper fares – few things would sting as much as being cramped up in a middle seat on a packed red-eye, knowing you’ve paid a small fortune for the privilege. Psychologically at least, if you’d only paid £78, I think you’d find the situation somehow much more tolerable!