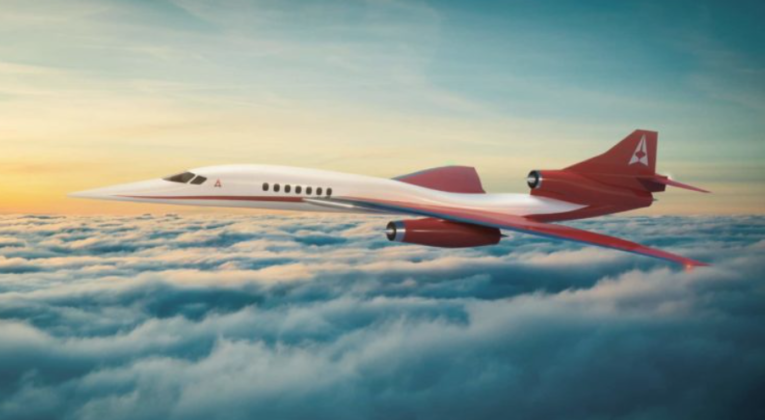 For those excited by the potential return of supersonic flight, there’s been an interesting new development.

Planemaker Aerion and its flagship AS2 supersonic jet have been gently making headlines for a while now. However, given the innumerable issues with Concorde and the fierce debate over the cost-efficiency of supersonic travel, you would be forgiven for being sceptical about Aerion’s plans to begin production of a supersonic plane – the first since 2003 – some time in 2023.

However, they appear to be entirely serious about this project, with no let-up in the development or ambitions of the AS2 roll-out.

That’s a lot of real estate, and suggests this whole concept is more than just marketing hype. Indeed, the new headquarters will integrate various strands of the Aerion business, bringing together research, design, production and interior design. A total of 675 roles will apparently be carried out at the new HQ by 2026.

You can even apply for a job there, if you fancy a move to the US.

What is the Aerion AS2?

It also has impressive green credentials, claiming it will be carbon neutral from launch. Indeed, Aerion claim it is the first aircraft designed to accept 100% engineered synthetic fuels.

In addition, given often strict regulations over sonic booms reaching the ground (ever wonder why Concorde only flew to the US’s East coast, and not inland?), the AS2 will have the ability to operate without this occurring – a Boomless Cruise™ autopilot mode will operate between Mach 1.0-1.2.

However, with an “ultra-luxury” marketing tagline, a spectacular-looking interior and space for between 8 and 12 passengers, trips on the AS2 are unlikely to fall into the “economy” bracket. Indeed, the AS2 seems to be pitching itself to compete with the increasingly “democratised” (I use that word loosely) private jet market.

On its launch in January 1976, Concorde appeared very much to be the future of high speed commercial air travel. However, its high cost, cramped conditions and substantial environmental impact, coupled with the tragic Air France accident in 2000, led to its retirement in 2003.

It did of course have a lesser-known rival in the supersonic world – the Russian Tupolev Tu-144 supersonic jet ran passenger services from November 1977 to June 1978.

However, such were the issues around supersonic flight, that the American attempts to enter the market led to substantial resources being poured into the design of planes that never flew.

Aerion is not alone in it’s quest to return supersonic to the skies. Boom is also working hard on it, and with jets that will carry up to 88 people, it may just be a possible option for the non-oligarchs amongst us.

So, whether we see supersonic flights taking to the skies in 2023 remains to be seen, but it will be very exciting to watch things develop.

Meanwhile, for those of you seeking a bit of a supersonic fix from the comfort of your own home, you can check out the Museum of Flight’s fantastic virtual Concorde tour here.