The elves that put together the InsideFlyer UK advent calendar jumped the gun a couple of days ago by offering a prize of 100 Awardex credits before I had the chance to explain the virtues of InsideFlyer’s latest preferred partner.

If you think back to when you started collecting miles (or Avios) you probably started with British Airways Executive Club or the old AirMiles. You earned some miles and spent them on an award flight, probably with British Airways. You probably rather enjoyed that experience and started to look at other opportunities with UK-based airlines, perhaps Virgin Atlantic Flying Club or the sadly-missed BMI Diamond Club. Once “Combine Your Avios” was introduced, you might have booked an award flight on Iberia or Aer Lingus. At some point, you stopped booking economy rewards and started astounding your friends and family with tales of long-haul flights in First or Business Class.

You became hooked on this hobby, and eventually you found your way to InsideFlyer UK. Although we write frequently about Avios, Virgin, Tesco, Topcashback and the other straightforward ways to earn miles and points in the United Kingdom, a few of us cannot help but write about some of the more exotic programmes we’ve come to love, such as Alaska Airlines Mileage Plan, Turkish Airlines Miles & Smiles or Singapore Airlines Krisflyer. After all, who doesn’t prefer spending 85,000 miles instead of 150,000 Avios on the exact same flight reward in Business Class!  So, I put together a series earlier this year to compare the reward chart pricing of a number of different frequent flyer programmes.

But for the vast majority of people, this hobby is just that… a casual hobby… rather than an all-consuming obsession.

I am trying my best to avoid hyperbole – who isn’t bored by the excessive pitching of credit cards by certain U.S. based bloggers – but we at InsideFlyer genuinely believe that Awardex has the potential to become a crucial part of your “miles and points” toolbox. The website / App is being furiously developed and expanded in Silicon Valley, but InsideFlyer readers are being given an early opportunity to sign up.

All of our favourites are present and accounted for… except one! The team at Awardex have promised us that British Airways Executive Club is at the very top of their list of programmes to be added during December.

In the interim, award space on British Airways will still pop up in your searches via those Oneworld airlines (Qantas, Cathay Pacific, etc.) that are already online.

Even though the website is obviously targeting an American clientele, Awardex has added a nice little bonus for British users. If you apply country settings to United Kingdom, you will only be shown those credit cards available to you. In other words… American Express Membership Rewards and the specific airline programmes and conversion ratios available to British cardholders. 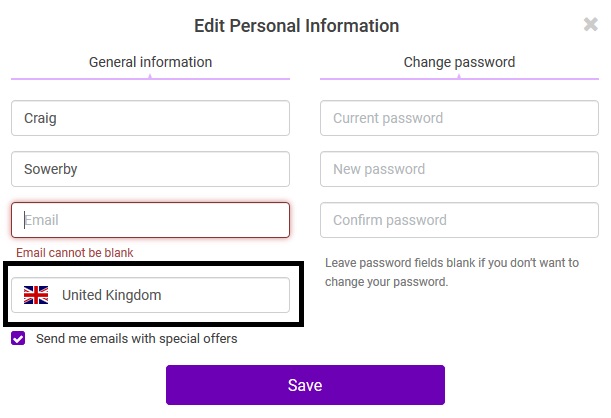 Unfortunately the best things in life are rarely free – even First Class awards have taxes and surcharges to be paid. But every new Awardex member will receive 5 free credits to try it out. 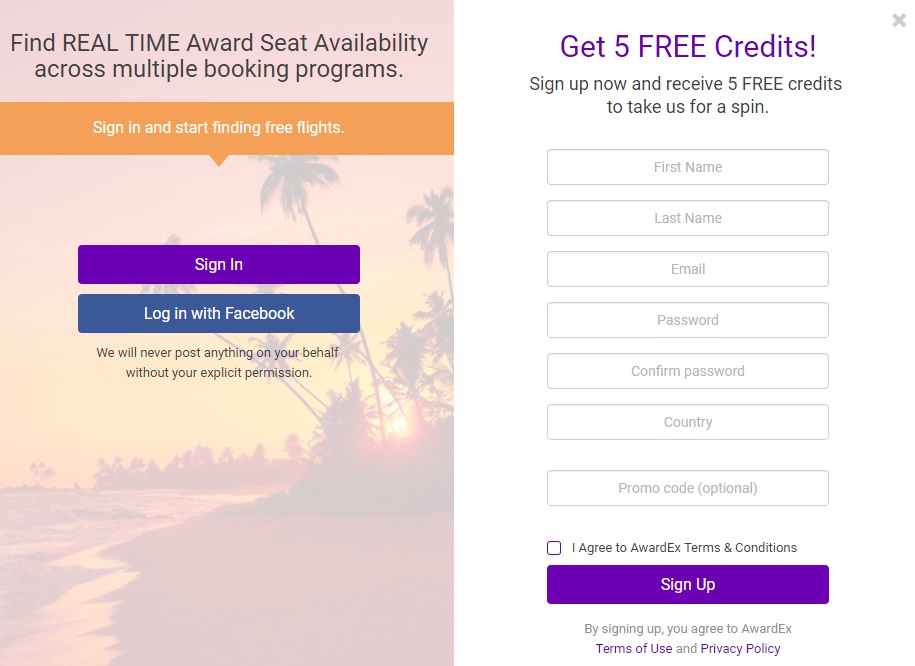 Once you’ve become bored of opening new accounts to get five free credits ( 🙂 I “travel hack” just as much as you lot), you might want to consider paying for the service. Awardex has two different pricing models: a monthly subscription and a bulk purchase of credits. 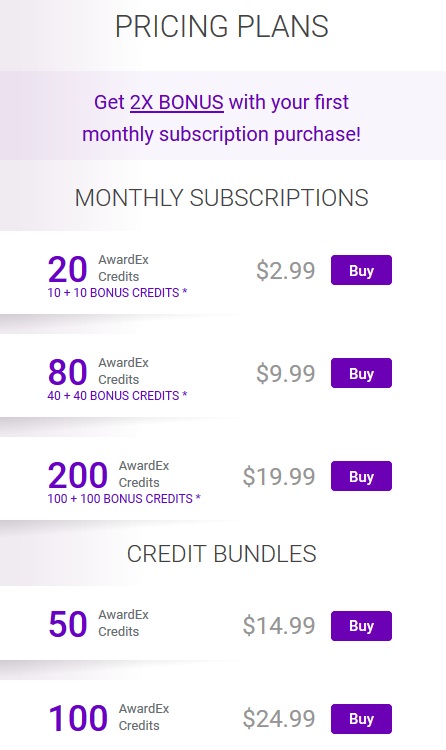 With five free credits, I recommend that you give Awardex a try and let us know your opinion in the comments section. And keep a lookout for an upcoming post on how to search for award flights via Awardex…