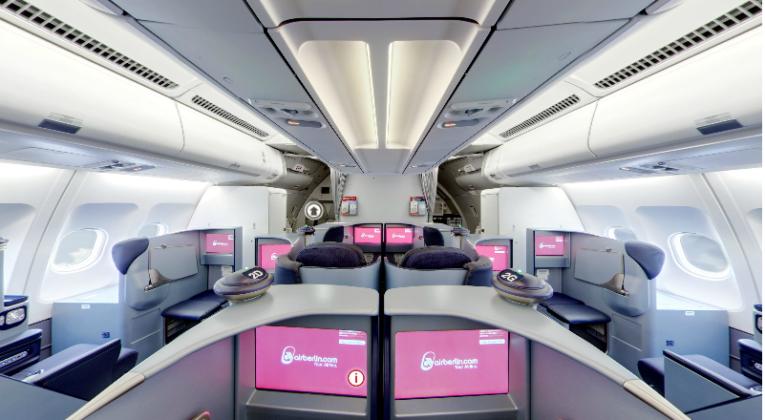 One good use of Miles & More points has thus far been to redeem 62,000 points for a one-way award in Lufthansa First Class from the UK to the Middle East or North Africa. The taxes and surcharges usually amount to some 300 GBP, but that does include your feeder leg in Business from the UK to Frankfurt or Munich. You could then of course relax in the First Class Lounges or the renowned First Class Terminal at the airline’s Frankfurt hub.

This was an excellent first redemption for anyone new to the hobby with Lufthansa points. It got many friends hooked. 62,000 Miles & More points was an achievable target, even in the UK, where earning Miles & More can be hard. Of course you could then use your Avios—only 37,500 + £50—to return in Business Class from Abu Dhabi to Berlin on Air Berlin. With airberlin having filed for bankruptcy early this week, this option will soon be gone.

This week has not been good for points collectors as another superb redemption seems to be disappearing. Reports have now surfaced that from 18 January 2018, Lufthansa will no longer serve the Middle Eastern and North African routes with a First Class cabin. The destinations in question are:

As one German blogger points out, Dubai is not on the list, but availability for First Class redemptions no longer seems to exist after late October.

Meanwhile, Lufthansa’s award chart hasn’t changed. First Class awards from Europe to the Middle East and North Africa still require 62,000 Miles & More points. But if none of the flights feature a First Class cabin, you can obviously no longer fly in First Class.

Anyone with enough Miles & More points who wants to redeem on these routes should jump in now and book one of the Lufthansa redemptions for travel before January 2018.

Let’s hope Lufthansa will not phase out more First Class destinations or its First cabin altogether!