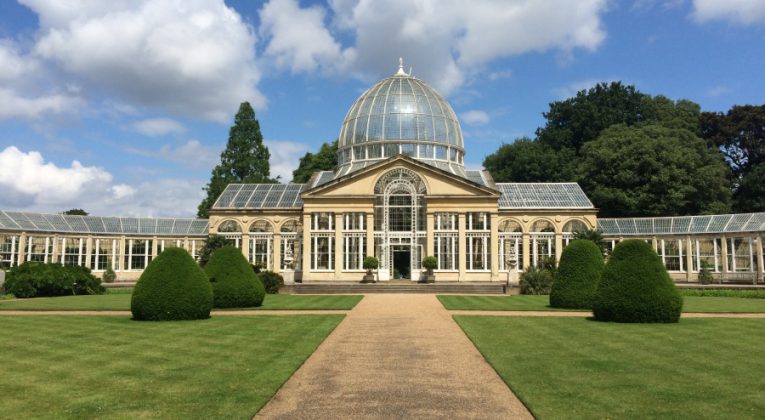 The Hilton Syon Park is a relatively new hotel which was originally built as a Waldorf Astoria, the premium Hilton Group chain. Due to a lack of success however, it was downgraded to a ‘regular’ Hilton. It is situated in Brentford, in West London, and in the grounds of the grand Syon House. It really is quite magical to leave the hustle and bustle of the city in an instant – when you turn into the gates to Syon Park, you immediately feel like you are in the countryside.

We wanted to get away for the weekend to take a break from work, but couldn’t leave until 2pm on the Saturday, so needed somewhere close. When I suggested going to a hotel inside the M25, the first reaction was that I was crazy; but on looking at the pictures, it was a yes. I booked a package which included champagne in the room on arrival, a spa treatment each, dinner, bed and breakfast. 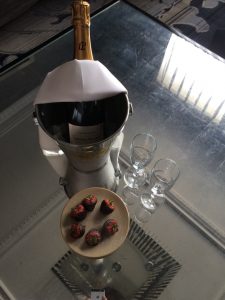 As a Diamond Hilton HHonors member I was entitled to free breakfast and premium wifi.  I also got an upgrade to a suite confirmed before arrival.

The size of 4 standard rooms, it had a dining table, 2 lounge areas, a huge bed, a bathroom with shower and free standing bath and a guest toilet. 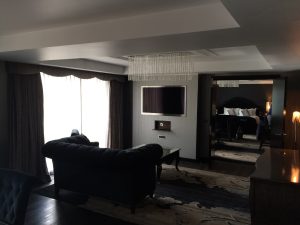 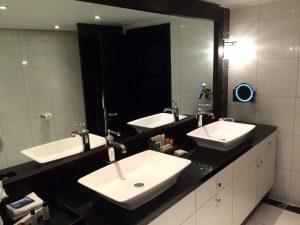 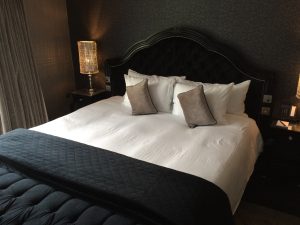 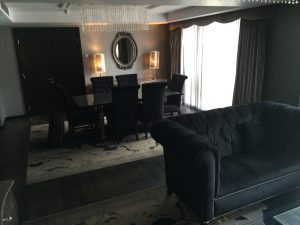 I took advantage of the TV in the bathroom to watch the end of a Euro 2016 game, while drinking champagne in the tub! 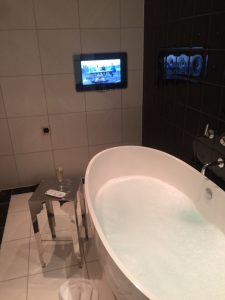 We had a long wait at check-in but eventually got our key and went up to the room. At all times the staff were really polite, but it didn’t help that there was a big wedding on, so at times I felt a little as though we were in the way. At breakfast, the staff were not as impressive as at dinner, and it took a little while for individually ordered items like fresh orange juice to reach us.

The hotel is meant to be top spec – and I would certainly say it is. The restaurant is a Marco Pierre White affair, with great food. It specialised in steak and other meats, but it was still able to cater really well to the pescatarians of the world. Breakfast was also a grand buffet affair, with some things cooked to order.

The pool was small, but also featured a jacuzzi and sauna. There were two kids sessions a day in the pool, the second being in the evening, and they were very good at enforcing it such that the place is not over-run all the time. We were also able to take a stroll around the magnificent grounds of Syon Park before checking out. 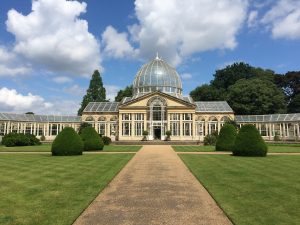 The whole package came in at £375 which is a lot of money. However, break it down into the individual components of champagne, three course dinner for two, massages, and the room, and it is not so bad. I am ignoring the breakfast, as that would have been free anyway.

It was a very indulgent stay so close to home, but we really felt like a break away. I would certainly go back, but would book into a room in a lower category knowing that we would be upgraded. Whilst we enjoyed the suite, having 14 seats, a massive dining table, 2 seating areas and 3 flat screen TVs was a little unnecessary!